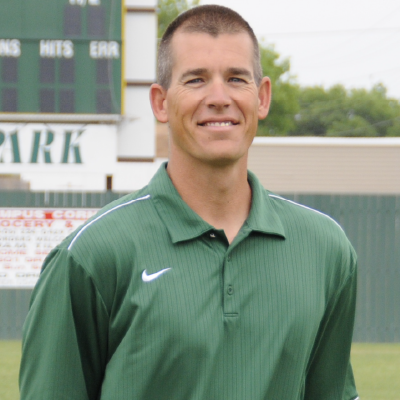 Mike Ross is the Athletic Director and Fitness Center Coordinator for Science & Arts. Mike has been a member of the Science & Arts faculty since 2005, formerly serving as Head Baseball Coach.

Mike also was a student assistant from 2000-2002, both under the direction of long-time Head Coach L.J. Powell.

Mike began playing collegiate baseball in 1995 for Redlands Community College, where his team became conference and regional champions and finished fifth in the JUCO World Series. The following year, Ross moved to Graceland University, where he played for three seasons, two of which he served as team captain. He set the school record for saves in both the 1998 and 1999 seasons and was named All-Conference in 1999.

Mike had brief stints coaching a premier league summer team in Burkburnett, Texas, as assistant coach at Vernon College and as an assistant coach in the 2004 Junior Olympic trials before finding his way back to Science & Arts, where he had been a 2002 graduate.

At Science & Arts, Mike helped Powell turn the program around from one of the team’s worst years to the best school finish in 2007, something the university has continued to improve on since.

Ross has recruited and developed three pitchers who were later drafted to Major League Baseball.

He lives in Chickasha with his wife, Robyn, and their sons, Brody and Bryce.