Howard Price pays forward kindness from years ago with $10,000 gift to USAO 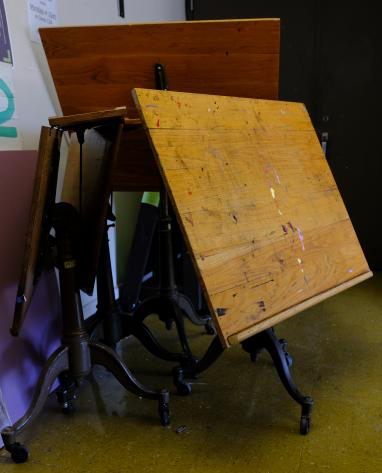 Originally from Chicago, Howard Price moved to our state to pursue a degree at the University of Oklahoma. As a freshman overwhelmed with the pressures of college, he borrowed his roommate’s car and drove to some random town (Anadarko, he found out later on).

While sitting on a bench and figuring out what was happening in his head, two men approached and sat down on the benches beside him. They asked Howard if he was alright, and when he said no, they just sat together in comfortable silence for an hour. When he stood up, the men again asked if he was alright. He said he was much, much better before they went their separate ways.

“When I finished that moment with those men, I learned a lot about life. Now, you may be wondering, why am I telling you this story? That’s simple. I gave because I wanted to pay forward the kindness that those men had shown me,” said Price when asked about his recent donation to the University of Science and Arts of Oklahoma.

Price gave $10,000 after a call from his close friend, JP Audas, the university’s director of development. A constant contributor to his alma mater—and JP’s prior employer—OU, Price says Audas always made him feel like he was the institution’s “biggest donor.” And when Audas took a new position, he called Price to talk about the change. Discussing important projects at USAO and where a generous donation would most help, Price then made his donation to help purchase new easels for the university’s art department as well as food and other basic necessities for students in the Campus Co-op.

Price’s gift to USAO felt different. “A thank you email or text is never personal, warm or even heart touching. The thank you letters I received brought tears to my eyes,” he said after getting four different letters, three from USAO students themselves.

Even after this personal thanks from the president, a special surprise was still in store for Howard and his wife Jane.

While looking through old files, Price realized that his mother-in-law had attended USAO in its first iteration, the Oklahoma College for Women. Surprised that his connections to the university ran so deep, he told Audas about the discovery, prompting research through the university archives. Audas found her in some of the old yearbooks and grading records and when Price received the memorabilia, he felt that he had officially paid forward his kindness.

“I managed to forward my kindness to your university. I encourage others to do the same. Whether it’s for a stranger, a friend or your university, just pay it forward.”