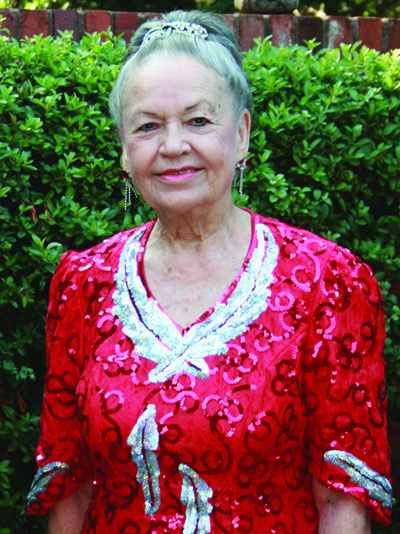 Barbara Benton will be honored this year as she is inducted into the USAO Alumni Hall of Fame during Alumni Homecoming at the University of Science and Arts of Oklahoma Nov. 5-7. Registrations for Homecoming are being accepted for all USAO alumni at the USAO Alumni Development Office, (405) 574-1290 or online at usao.edu/alumni.

Note: This is the second of a four-part series on the distinguished individuals who will be honored by the USAO Alumni Association at this year's annual Homecoming on Nov. 5-7.

She has presented the Lord’s Prayer in Native American sign language in every state and 11 foreign countries. She is a Most Worthy Grand Matron of the General Grand Chapter of the Eastern Star. On Nov. 6, Barbara Spring Benton will be inducted into the USAO Alumni Hall of Fame during Alumni Homecoming at the University of Science and Arts Nov. 5-7.

Benton will be honored along with fellow inductees Dr. Ron Anderson and Eugene Earsom and Young Alumni Award recipients Dr. Grant Evans and Brandon Pasley during the Nov. 6 ceremony. Homecoming registrations are being accepted for all alums and former students at the USAO Alumni Development Office, (405) 574-1290 or online at usao.edu/alumni. Registration packages for the entire weekend are $50, which is an all-inclusive package that includes all meals.

Benton is a 1951 graduate of the Oklahoma College for Women (now USAO). She graduated from Pauls Valley High School. She was on the faculty at Southwest Business College in Roswell, New Mexico, and then opened a dance studio in Norman where she taught children’s tap and ballet for more than 27 years.

Her Choctaw Indian background has inspired the theme of her favorite pastime of collecting American Indian artifacts, pottery, jewelry and folk art. Along with her work in the Eastern Star, Benton has presented the Lord’s Prayer in Native American sign language in every state and 11 foreign countries. Benton’s audiences have ranged from as few as 25 to more than 5,000. She wears traditional Native American beadwork on buckskin.

Benton often serves as a volunteer for her neighborhood to collect donations for heart and cancer organizations. She is an active member of St. Stephens United Methodist Church in Norman.