Alumni in the medical field share their experiences confronting coronavirus 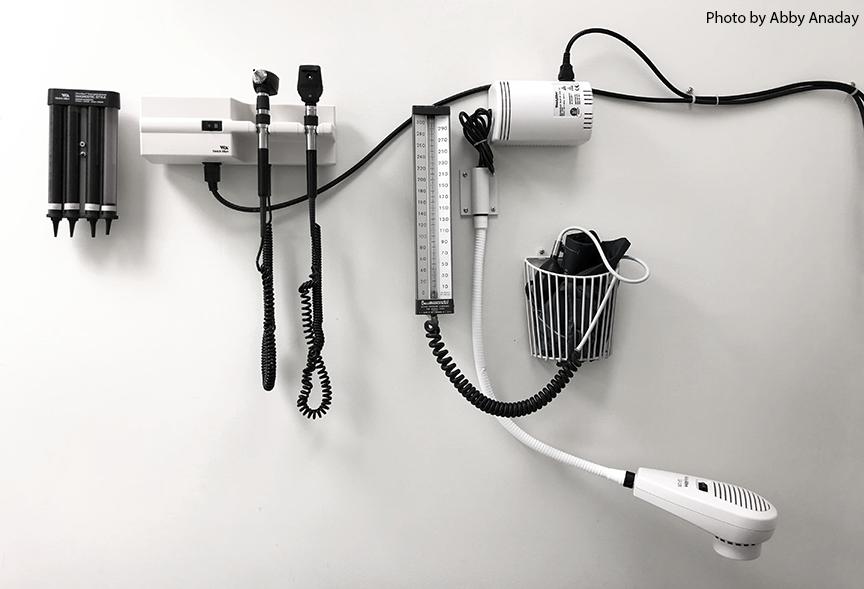 Alumni from the University of Science and Arts of Oklahoma have long distinguished themselves in a wide range of fields, including medicine. In fact, noted cancer researcher and one of the developers of the first computerized blood cell separator Jeane Porter Hester graduated from the Oklahoma College for Women in the early 1950s. As the world confronts the COVID-19 pandemic, we reached out to a few graduates who are currently in the frontlines of this fight to get their perspective on where things stand and where they may be going.

Recipient of the USAO Young Alumni Award in 2018, Dr. Jacqueline Evans is an emergency physician and captain in the United States Air Force Medical Corps. Currently, she is enjoying some time with her family before returning to duty.

“I have to say that COVID came at an interesting time in my life and career. I gave birth to my third child on March 16,” said Evans. “My husband, Grant, was lucky enough to travel back to the United States just in time for the birth of our son, literally 12 hours before the travel ban began for the military. Since I’m on maternity leave for the next 12 weeks, I won’t be dealing with COVID as a physician until June fortunately.”

Evans’ husband, however, is already actively engaged in the battle against the coronavirus as the Command Surgeon to Area Support Group at Camp As-Sayliyah in Qatar.

“That’s a fancy way of saying that I am the chief medical officer and advisor to the commander,” he said. “I am responsible for ensuring the health and well-being of the entire population of the base. To that end, I coordinate with the U.S. Army Central Surgeon Cell, as well as the U.S. Air Force Central medical personnel in Qatar and also with the medical establishment of our host nation partners.”

While Maj. Evans could not detail the specifics of any planned military response to the virus, at the time of writing, no confirmed cases of COVID-19 were present in any of the personnel for which he is responsible. Thankfully, most of what of his efforts have been focused on is preparation: making sure the necessary plans, facilities and supplies are in place to prevent, and ultimately respond to, an outbreak of the disease in the base’s population.

“I can also tell you that I have done nothing but eat, breathe and sleep COVID-19 since the crisis first started in China,” said Evans. “Furthermore, the Qataris have been highly aggressive in responding to the crisis in a way that would be impossible in the United States.”

Turning specifically to Oklahoma, Dr. Jason A. McElyea is a board-certified family medicine physician with extensive experience in emergency medicine who was inducted into USAO’s Alumni Hall of Fame last year. He works full-time in Grove but performs as-needed work across the state, particularly in rural areas, and has been lauded for his work in helping to mitigate the opioid crisis. He has some significant concerns for how the COVID-19 outbreak will play out in Oklahoma.

“The first thing to cross my mind is people not realizing how real this is,” said McElyea. “They want to compare it to the flu and say ‘well this person had this or that other condition,’ but this is affecting young and old. I had to put someone on life support three days ago who is just a couple months older than I am and doesn’t really have any other medical problems.”

Still, McElyea noted that even many patients considered "at risk" will have a fairly mild course of illness, mentioning a patient in his 80s who has now recovered and is already working in his yard again.

McElyea worries a great deal about the conspiracy theories that are currently gaining traction and which some people may try to use this crisis to further their own agenda, risking public health. He cautions that any potential treatments that have been flouted in the media still need to be rigorously tested. While doctors all across the country are sharing what has and has not worked for them, basic supportive care continues to be the primary way to help people recover. Ultimately, the best thing people can do is just accept that this virus causes a serious illness and we all have to do our part to mitigate its spread.

“It’s like if I gave you a bag of 100 Skittles but told you that two or three in the bag would kill you, would you still eat the Skittles?” he said.

Beyond the physical realm, McElyea is also very concerned for people trying to deal with mental illness while being told to go out as little as possible.

“I see a lot of people with underlying mental health problems and this sitting at home is killing them. They don’t have access to frontline health care, maybe they don’t have a primary care provider they can reach out to, and their anxiety, their bipolar disorder, their schizophrenia is especially bad right now.”

On the other hand, McElyea is also concerned that people may expose themselves to the virus unintentionally by seeking care for minor health issues that would have resolved on their own. Encouraging the use of digital resources such as telehealth visits have helped ease some of the strain.

“We’re telling a lot of people right now that unless you absolutely feel like you cannot breathe, unless you feel like you need to be in the hospital, stay at home and wait and reserve the ER for truly critical situations,” he said. “My main concern going forward is the allocation of our emergency resources, deciding who needs to be in ICU or not.”

Over the next few weeks, McElyea warns that things will get worse, with the current projections showing cases peaking in Oklahoma around April 22-24. While testing continues to expand in the state, he says that is predominantly useful for tracing other people who were possibly infected and so resources have to be prioritized. From what he has seen and heard anecdotally, McElyea believes that these protocols will become standardized by the summer and that medical response to COVID-19 infections will become more streamlined, even without the development of specific treatments. The best advice right now is simply to follow the CDC guidelines and stay informed as things progress.

“I hope people have got enough toilet paper at this point that we can stop the panic-buying and just sit at home and wait for this to play out,” he said. “It’s like we’ve all been placed in time-out and if we all just stay in time-out we’ll get out sooner.”

More broadly, McElyea hopes that everyone can find ways to make the best out of stay-at-home orders and social distancing, whether it is just spending quality time with family or finding new opportunities for self-enrichment.

“On a humanitarian note, I would like to see us come out of this and realize how much we love each other and what was important in life rather than discovering that all of our hobbies just involved going to restaurants, being in groups and touching our faces,” said McElyea. “If Isaac Newton discovered calculus and laid the foundation for physics in isolation, who knows what will come out of this.”