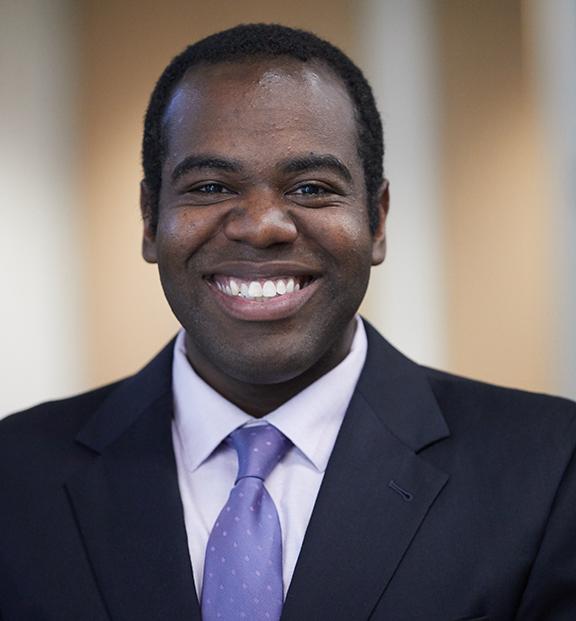 A self-described “home-grown Drover,” Chris Jeffries was born and raised in Chickasha, and, after graduating high school, realized that USAO was the school for him during an official campus visit.

“I instantly fell in love with the people and the small college feel,” said Jeffries.

After earning his bachelor’s, Jeffries began working full-time while also pursuing a master’s degree in business administration from the University of Oklahoma. He spent two years as a sales manager before transitioning to where he really wanted to be: higher education.

“I always knew that I wanted to end up in a career that allowed me to help others. As a student worker at USAO, combined with the fact both my parents are educators, higher ed quickly became the field I wanted to work in,” said Jeffries.

Jeffries quickly found the sort of opportunity he was looking for as an academic advisor at OU. He served in this capacity for four years before being promoted to Director of Diversity and Inclusion in the Gallogly College of Engineering. This position gives him even more of an opportunity to help students that may be dealing with unique situations or barriers to their success.

“The D&I program strives to promote not only diversity of people, but also diversity of thought amongst our engineering students,” said Jeffries.

Jeffries credits USAO for helping him see the world more holistically. The interdisciplinary education he received taught him that everyone and everything has valued, and it has showed him how elements from various fields of study cross over, producing the unique world that we live in.

“After attending USAO, I understood just how much more we learn about ourselves, and others, by being open minded,” said Jeffries. “The skills I gained have far exceeded my expectations. I learned to critically think about any challenge that I face and to approach it from multiple angles. The world we live in is a complex place full of multifaceted people; an individual will find frustration often if they attempt to solve problems from a one-size-fits-all mentality.”

Outside of the classroom, the extracurricular experiences and friendships formed in college are no less important to every student. Jeffries’ time at USAO proves this point.

“The bonds I formed with the residential assistants (RAs) is still something that I cherish today,” he said. “It was not only fun, but it also helped me with my conflict resolution skills. Being able to help the residents of Sparks Hall was something I truly enjoyed. While there were stressful times, I am still extremely fortunate to have been an RA for 3 years.”

Playing a key role in residential life at USAO can be extremely trying, so any RA’s success depends on the strong support network that the university’s professional housing staff provide.

“Bobbie Shores [director of housing and residence life] and Dr. Misty Steele [assistant professor of psychology and Title III grant director of student success] have always been huge advocates for me, while I was a student and even after I graduated,” said Jeffries. “Both of these outstanding women helped me grow as a student, but more importantly, as a person.”

Jeffries believes that the confidence he gained during his time at USAO empowered him to pursue his master’s from one of the highest ranked business schools in the country after spending the majority of his life thinking he “wasn’t good enough.” On receiving his MBA, he realized he had the ability to be successful in anything he set his mind to.

“That foundation of self-belief started with being accepted to USAO,” said Jeffries. “The best advice I received as a student is always remember that you matter. Your ideas, opinions, concerns, and success are important. There will always be people that do their best to bring others down because they themselves do not wish to push themselves up. Always seek out people that will encourage you to do more and challenge you to be a better you.”

While USAO provides an outstanding academic experience, Jeffries notes that students must choose to engage with the material, as well as with their fellow students and the wider community.

“You can simply attend USAO or invest in your experience and become a part of USAO,” he said. “Many universities are too large for any individual student to truly stand out, but at USAO, your efforts can impact the campus for years to come. The individualized attention you can receive from your professors is nearly one-of-a-kind. Take advantage of the opportunities in front of you, challenge yourself to be a better you, and remember to enjoy this unique moment as a college student.”

When he is not working, Jeffries enjoys reading a good book, spending time with friends and family, traveling or just watching tv with his wife and two cats.

“I have become very curious and now find myself purposely reading books on the fall of the Roman Empire due to climate change, how certain societies prospered throughout human history while others perished based on the agricultural resources unique to their area, and the power of habits,” said Jeffries.