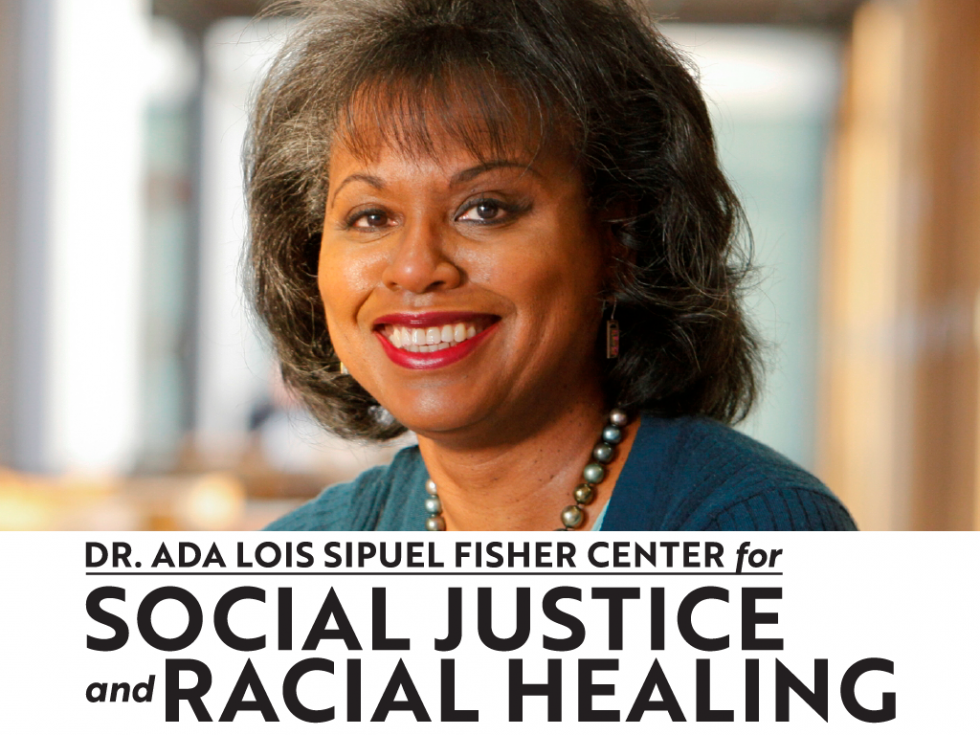 To benefit the institution’s newest academic project, the Dr. Ada Lois Sipuel Fisher Center for Social Justice and Racial Healing, the University of Science and Arts of Oklahoma will hold a fundraising gala featuring keynote speaker Anita Hill on Feb. 22, 2019 at the Oklahoma History Center.

Inspired by the life and legacy of civil rights activist Dr. Ada Lois Sipuel Fisher, the Center’s mission is to empower Oklahoma’s youth by giving them the tools and guidance needed to demonstrate that their lives matter, and that they can make positive social change for themselves and their communities. Holding the values of American democracy and justice as key principles, the Center aims to construct meaningful and reciprocal relationships that address systemic problems inhibiting social justice.

“Social justice simply means respecting and protecting human dignity as a common good,” said Dr. Tonnia L. Anderson, assistant professor of history and American studies and center director. “It is about building bridges of mutual cooperation between individuals and breaking down institutional barriers that inhibit social mobility and undermine human dignity. Racial healing necessitates raising awareness of unconscious bias toward, and inequalities among, any race to help communities begin to heal.”

The Center will educate and inspire individuals who are dedicated to the pursuit of social justice and advancing the common good. Community-building and service-learning projects will allow young people to interact with mentors who understand the obstacles they face and are personally invested in working with them. Students will also research the fundamental issues and complexities of what constitutes community through the lens of their own academic majors. Through the Center, relationships will be established with community stakeholders and projects designed so students can use their education as a mechanism of transformation and healing.

“Bringing in Anita Hill is the perfect way to demonstrate the sensitive, often painful, but very necessary work that we will do at the Center for Social Justice and Racial Healing,” said Anderson. “Through the various facets of the Center’s curriculum, we hope to instill the value of empathy, demonstrate the power of participatory political education to create social change, and the necessity of civic engagement to amplify the power of communities and strengthen our democratic institutions.”

Through workshops, the Center for Social Justice and Racial Healing has been educating the greater Oklahoma community about its mission. Community mentors are being sought as role models for the center’s students. The curriculum for the Center will focus on an interdisciplinary approach to examining how people’s needs and desires connect with the political, economic and social structures around them. A major goal of the Center is to provide full scholarships for eight students who demonstrate financial need, commit to the center’s program and reflect its mission. The idea behind the gala with Hill is to help raise funds for these scholarships as well as general operating capital for the Center.

Born in Chickasha in 1924, Fisher graduated from high school as valedictorian and later pursued a bachelor’s degree at Langston University. In 1946, she challenged Oklahoma’s segregation laws, applying at the University of Oklahoma College of Law. Two years later, the United State Supreme Court ruled unanimously that the state must provide instruction for African-American students of equal quality to that of whites. Fisher was finally admitted in 1949 and began a law practice in Chickasha in 1952.