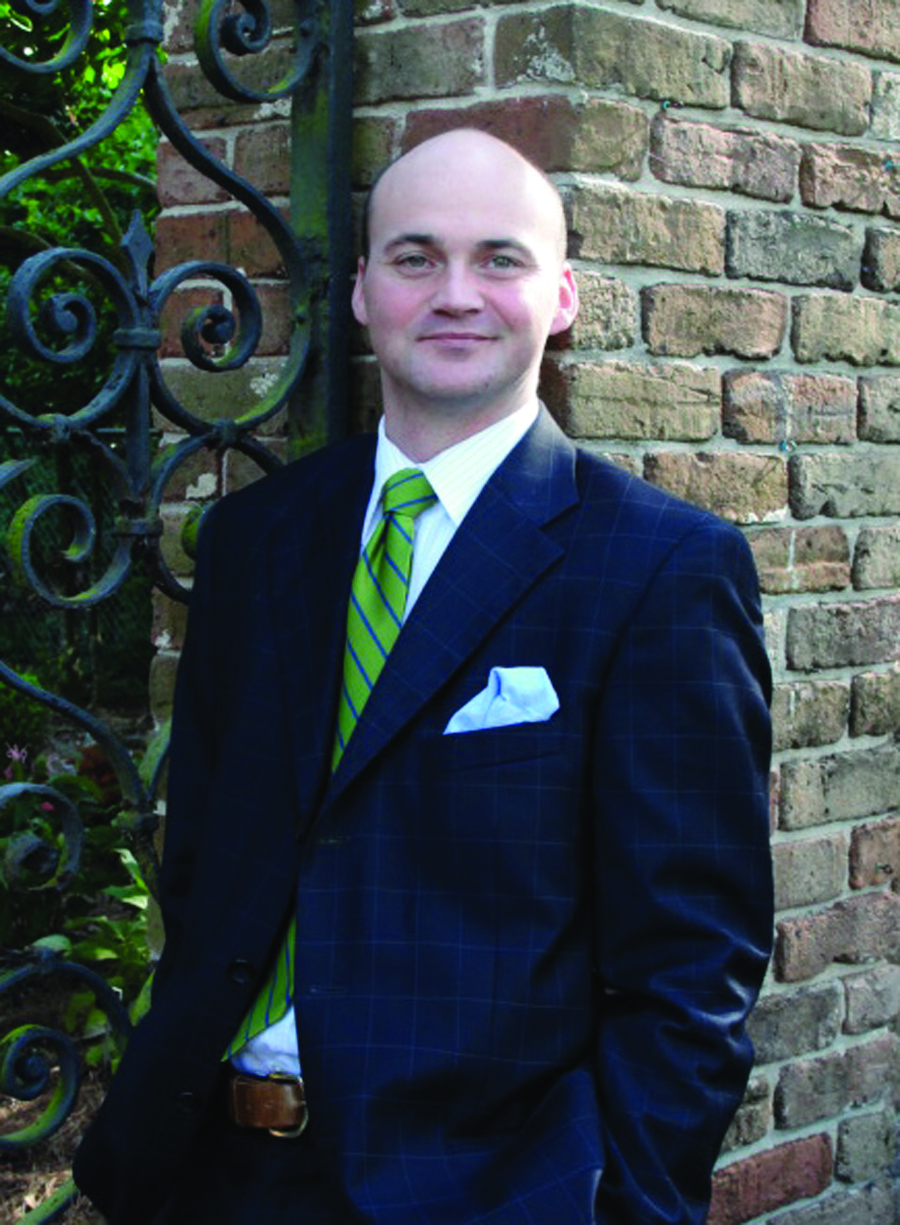 An interest in collecting baseball cards started Christopher Price on a path that finds him now preserving natural resources for future generations.

Price will be honored for his service to America’s environmental treasures with the USAO Young Alumni award during Alumni Homecoming at the University of Science and Arts on Nov. 4-6.

Price will be honored along with Hall of Fame inductees Annette Dake, Margaret McConnel Singer and Robert England during the Nov. 5 ceremony. The annual alumni reunion is open to all USAO/OCLA/OCW alumni.

Fascinated with baseball cards as a young boy, Price turned his interest in collection toward merit badges as he participated in the Boy Scouts of America (BSA). Price was awarded the honor of Eagle Scout at the age of 15. The Chickasha native stayed active in the organization and, in 2007, was named a district executive for the organization. In this role, he developed archival materials about the history of the camps used by BSA, hosted events to showcase the benefits of the organization for young men and served as assistant camp director for a 6,000-acre scout camp.

Price also led an initiative to form a partnership between BSA and his alma mater, USAO. Price, who graduated from USAO in 2007 with two bachelor degrees in political science and history, developed a program called the Merit Badge College that allowed Boy Scouts to visit the university and get a sense of what a college education was like.

While still a student at USAO, Price volunteered at the Grady County Historical Society and gained valuable training handling archival materials and educating the public about the people and events that shaped the county’s history.

After graduation, Price began work in museum studies in the master’s program at the University of Oklahoma. He worked with the Cleveland County Historical Society and, through both efforts, became more focused on his interests in cultural resource management.

Though he has already begun to apply the skills he gained during his studies in a number of positions with the National Park Service, Price now is in the process of completing his master’s degree with OU.

Price became a museum technician with the National Park Service at the Grand Canyon National Park in 2010. Here, he honed his skills as an archivist, being responsible for properly moving and handling museum artifacts as well as reviewing museum collections for damage.

In November of 2010, Price was transferred to the Outer Banks of North Carolina, where he now works in the Cultural Resources Division. Though he still works closely with the collections associated with Cape Hatteras National Seashore, Fort Raleigh National Historic Site and the Wright Brothers National Memorial, his responsibilities now include public relations.

Price regularly makes presentations in the parks and public gatherings and serves as the liaison officer to the state historic preservation office. He also is responsible for locating and evaluating cultural resources on National Park lands for future research as well as protecting them from natural disaster and unsanctioned human activity.

Price has been married to his wife, Katherine, for nine years and has two children, Cody and Wyatt. The family enjoys hiking, reading and watching classic movies. Price also is active as Sunday school teacher and has served as a missionary and mentors other missionaries.

Price, along with the USAO Hall of Fame inductees, is scheduled to attend the induction ceremony on Nov. 5.