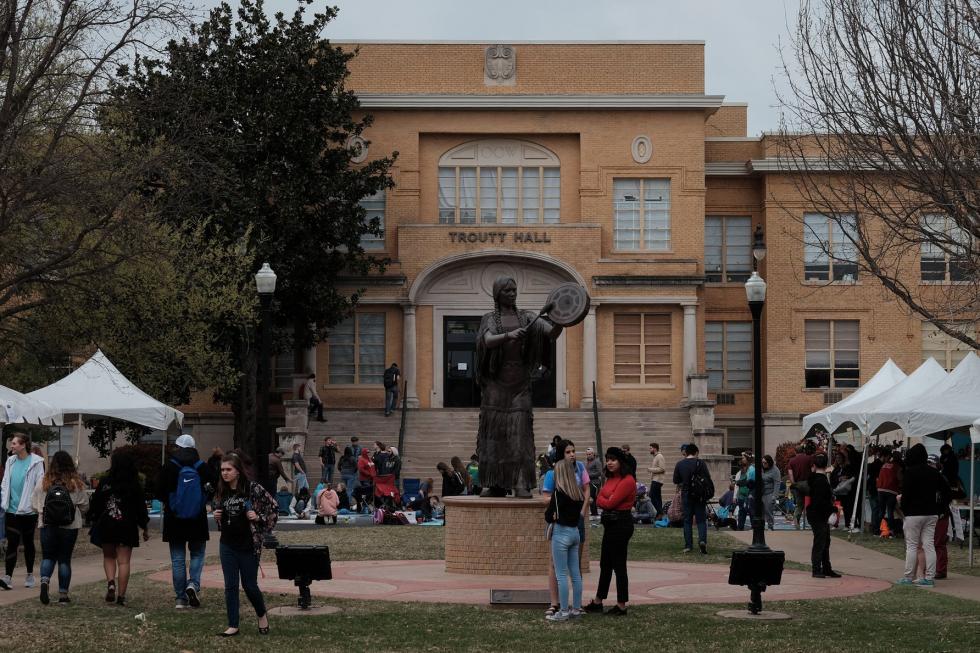 Held annually on the first Thursday of April, the University of Science and Arts of Oklahoma recently welcomed thousands of students and visitors from around the state for the Spring Triad.

Artists representing 63 Oklahoma K-12 schools and colleges across Oklahoma created 215 sidewalk chalk art murals throughout the morning on six-foot square canvasses on the road leading through the USAO oval.

Judges Choice awards were given in four different age groups. Five pieces were awarded in the high school division, including teams from Plainview, Wayne, Kingfisher, Lone Grove and Mustang. Two entries won awards in the junior high division including teams from Maud and Lindsay. One Judges Choice award was presented in the sixth grade and younger division to students from Cross Timbers in Edmond. The college/adult division prizes were awarded to Greg Dudley and the sisters Crystal and Luna Becerra.

Two high schools received home trophies for having the most students win awards in each division. Plainview High School took home the trophy for the green division and Preston High School won the trophy in the gold division.

Students and community members gathered on the oval throughout the day and evening for Droverstock. Vendor booths offered food and various recreational activities, while bands from across the state entertained the crowds with more than 10 hours of live music.