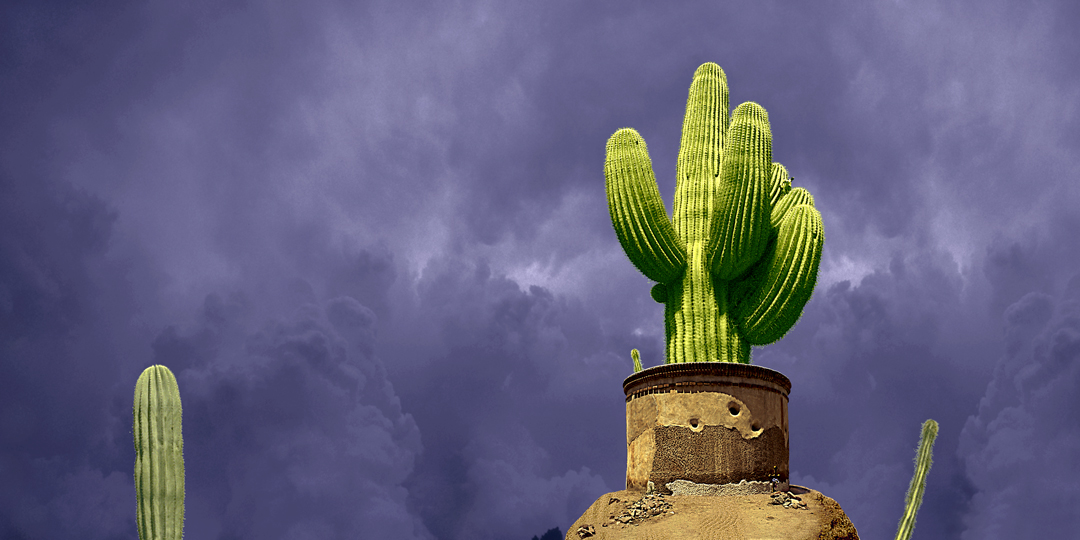 What exactly is a monument? A structure built to honor an important historical figure? A statue? Steven Brown thinks of New Mexican saguaro cacti, New York skyscrapers and the landscapes that compose the very fabric of America itself. The photographer and professor at the University of Science and Arts recently was chosen by the Oklahoma Arts Council to display his original photographs in the State Capitol.

Linked with a similar patriotic theme, Brown’s “American Monuments” works will be on display in the first floor of the North Gallery at the Capitol from Feb. 12-April 15.

“The images are conceptually linked to metaphor the American dream, a kind of visual equivalent to Woody Guthrie's ‘This Land is Your Land,’” Brown said.

“The intent of my artwork is to give form to the American dream. I have focused on the architecture, space and landscape created by the many cultures of America to metaphor this illusive dream. This a work in progress, of course, and continues to become more inclusive.”

Brown’s works are the culmination of decades of work shot from coast to coast.

“The photographs were collected over a period of 30 years and were taken from Manhattan to California – and many places in between,” Brown said. “Generally, my interest in photographing subjects is directed by my artistic interests. The subjects usually involve American history, landscape or weather – sometimes when I'm lucky, all three at once.”

Brown is comfortable as both a traditional photographer and a graphic designer. Using computer software, Brown often combines multiple photographs and digital images to create strange and wonderfully surreal worlds. His new exhibit features images he considers “from the pure photo tradition” and “digital composite images that could only be made in the computer.”

After serving as a teaching assistant at Ohio, he took a position as assistant professor at the Universidad de las Americas in Pueblo, Mexico. Brown joined USAO in 1988 and is now a professor of art. He teaches photography and graphic design.

For Brown, photography is as much about preservation as it is art.

More information about “American Monuments” is available from the Oklahoma Arts Council online at www.arts.ok.gov or by phone at (405) 521-2931.