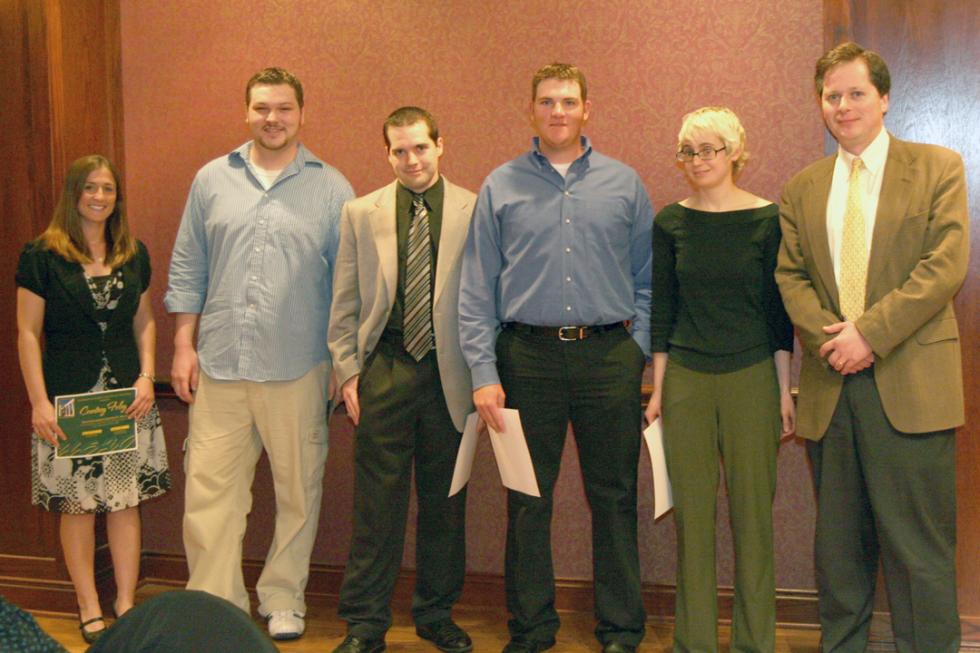 CHICKASHA – Award-winning students were given their moment in the spotlight recently when the University of Science and Arts held an awards convocation on April 13. Three new awards in research, creative expression and leadership were presented for the first time.

During a standing-room-only luncheon in the USAO Ballroom, faculty and staff members presented departmental, athletic and creative awards to dozens of USAO seniors.

After an opening by Dr. Eloy Chavez, dean and director of students and student services, guests were entertained by the USAO Concert Choir, under the direction of Dr. Jan Hanson, professor of music.

For the Science and Physical Education department, an award was given to Courtney Foley, chemistry senior from Edmond. “J.R.” Hoyt was awarded the divisional award for the Education & Speech Pathology department.

Previously, the divisional graduate awards were presented before the commencement ceremony.

Comanche English senior Laura Komula for “An Exploration in Coptic Textile Design;” Choctaw English senior Dustin Morris for “Northeast Versus Midwest: A Journey of Flaws;” Norman English senior Margaret Wilson for “Twenty-Eight Pages of Content: Works of Original Fiction and Creative Nonfiction” and Buckeye, Ariz. political science senior Jessica Hatlestad for “What’s Class Got to do With it? A Study of Class Issues as Portrayes in 1980s Film.”

Forty students across multiple studies and classifications were recognized for their inclusion in Who’s Who in American Colleges and Universities:

A photo gallery from the event is available online at www.usao.edu/news.