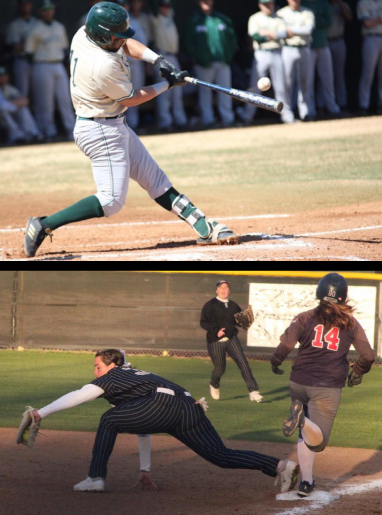 Both the baseball and softball teams at the University of Science and Arts of Oklahoma have continued on last year’s incredible successes, making history again in 2019.

USAO’s 59 wins set a new program record for most wins in a single season. They also accomplished a feat that no 4-year college or university (NCAA DI, NCAA DII, NCAA DIII, NAIA) has ever achieved before, winning 59 consecutive games from May 5, 2018 until May 5, 2019. They also set a new NAIA record for longest streak in a single-season, winning their first 52 games of the 2019 campaign.

The Drovers won games against some of the best teams in the nation, holding a 13-4 record against teams that were ranked in the NAIA Coaches’ Top 25 Poll, and they were 15-4 against teams that qualified for the NAIA Softball National Championship Opening Round. The Drovers ended the season having outscored their opponents 465-89 (+376).

Drover Baseball concluded the 2019 season with a third-place finish at the NAIA World Series—the best finish in the team’s history—and ranked at No. 3 in the final NAIA Coaches’ Top 25 Poll. USAO won the SAC Regular-Season Championship as well as the SAC Tournament Championship, sending the Drovers to the NAIA World Series for the third time in the last four years. Their 49 winning-streak was also the most in program history.

USAO showed they were worthy of their No. 2 seed for the NAIA World Series, finishing the season with a 16-5 record against teams ranked in the NAIA Coaches’ Poll Top 25, and a 13-5 record against teams that qualified for the NAIA National Championship tournament. In the NAIA World Series Semi-Final game, the Drovers even defeated the eventual national champion, Tennessee Wesleyan University, 8-6.

Learn more about the teams at www.usaoathletics.com.