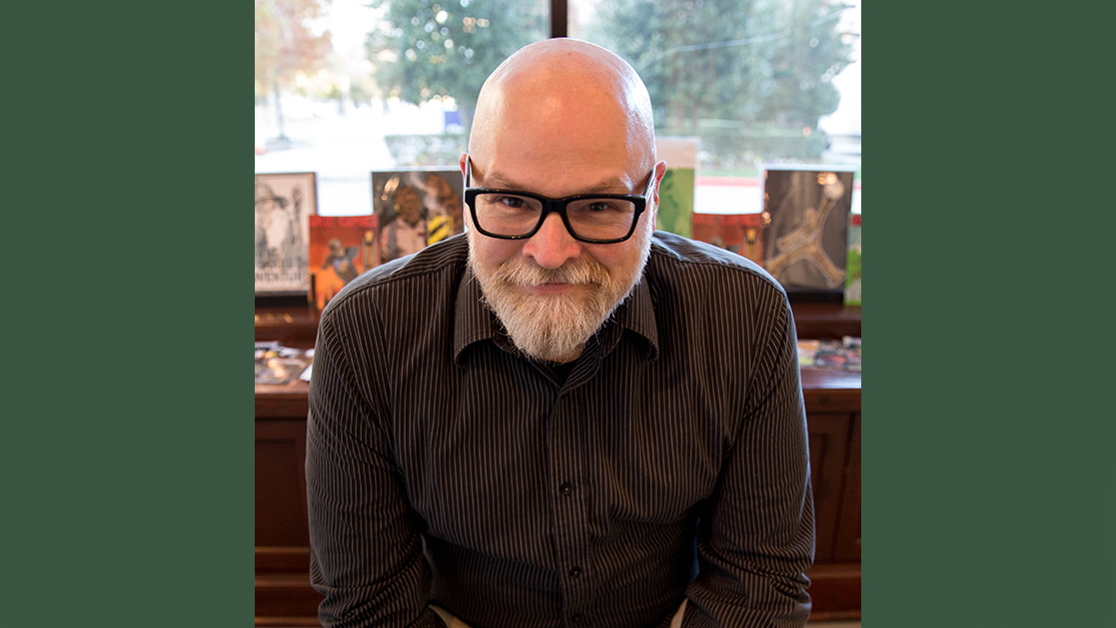 The University of Science & Arts of Oklahoma’s Nesbitt Gallery will feature an exhibition from alumnus and full-time comic book artist and illustrator Jerry Bennett entitled “The Jerry Bennett Show.”

An opening reception will be held in the gallery, located in Davis Hall, June 11 at 7 p.m. that will include a silent auction for an original illustration on birch board. The exhibit will remain on display until July 15.

“I have been a fan of Jerry’s illustrations for a long time, so this is a very exciting exhibit for the Nesbitt Gallery,” said Layne Thrift, associate professor of art and gallery director. “Jerry was the Paseo Arts District’s resident artist at the Skirvin-Hilton in downtown Oklahoma City before he accepted a similar position at his alma mater for 2021-22, so this is also a wonderful chance for students who took his classes in graphic design, comic art and illustration to see a full show of their mentor’s work.”

Since earning his Bachelor of Fine Arts degree from Science & Arts in 1993, Bennett has amassed an impressive array of credentials as a working artist, having created work for Stan Lee, Marvel Studios, Oklahoma Today, The Oklahoma Gazette and illustrating the original comic series “Glamorella’s Daughter” with co-creator Charles J. Martin. Bennett also serves as illustrator coordinator for the Oklahoma/Arkansas region of the Society of Children’s Book Writers and Illustrators.