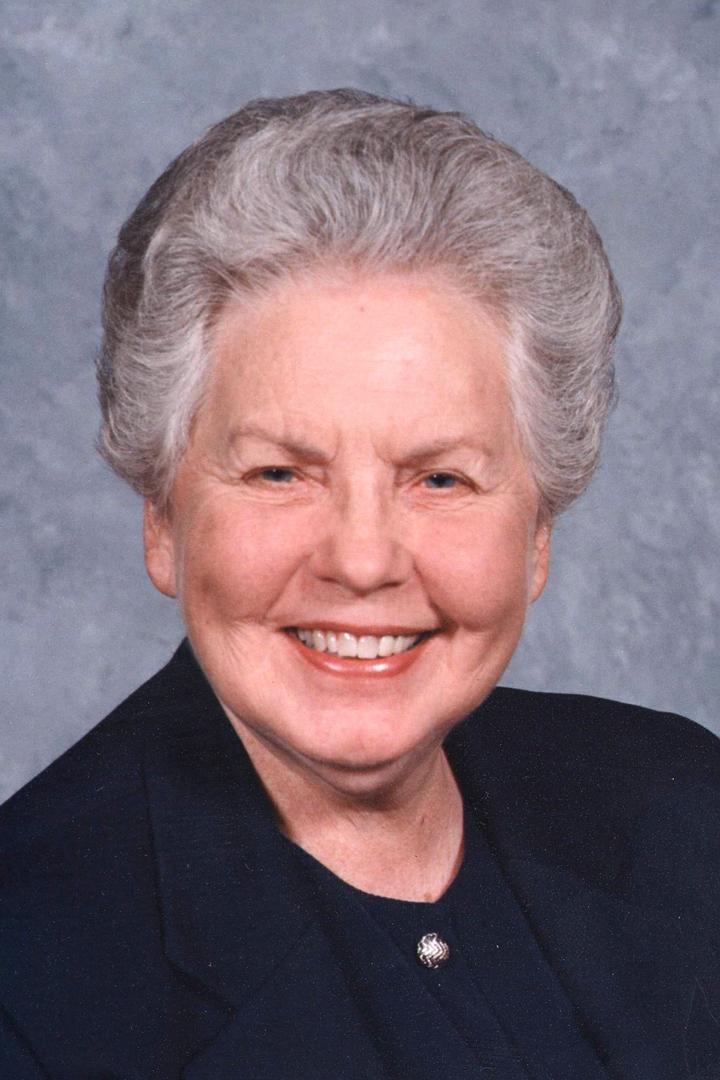 CHICKASHA – A music scholar turned urban housing revivalist in Cincinnati is being honored by the University of Science and Arts of Oklahoma. Betty Remy Burns, Oklahoma College for Women class of 1956, will be inducted into the USAO Alumni Hall of Fame as part of the annual Homecoming activities planned Nov. 3-5.

Originally from Ft. Cobb, Burns received training in piano and music theory. When she married in 1960, she joined her husband, Gerry, in Cincinnati and began revitalizing homes in their neighborhood in the late 1960s.

“I believed that the quality of a city was embodied in the vibrancy of its neighborhoods and that our children could experience the sense of community that existed in the rural community in which I was raised,” Burns said.

When historic homes began opening up, a by-product of 1967 riots in the area, the Burnses started buying and restoring houses in their neighborhood in hopes of attracting new buyers. What began as a restoration plan for a house or two became a neighborhood-wide effort that eventually resulted in Cincinnati’s premiere historic district, East Walnut Hills.

“Thus, began the task of preserving the architectural fabric of neighborhoods, enriching the quality of life of its residents through educational and cultural experiences and promoting the heritage of a community within the larger community of the city,” she said.

Over 10 years, they bought and restored 11 of 14 houses on their street, Fairfield Avenue. Today, the East Walnut Hills Historic District has grown to include more than 160 homes built between 1890-1925, populated mostly by young professional families.

The Burnses gained national attention in 1988 when they and their historic area were featured in “Historic Preservation” magazine.

Burns received two bachelor’s degrees from OCW in piano and music education. She earned a master’s degree in music theory two years later from Eastman School of Music in Rochester, N.Y. She followed up with a doctorate of philosophy, music theory and musicology from the University of Cincinnati College Conservatory of Music in 1972.

Prior to their Cincinnati neighborhood restoration, Burns taught high school music in Oklahoma, then joined the music faculty at the University of Cincinnati. However, when she and her husband began revitalizing homes, Burns became the full-time manager of their renovation vocation. Under her supervision, workers rewired electricity, reworked plumbing and restored windows and stained glass.

In the late 1970s, Burns and her husband discovered a derelict Victorian building on the Ohio River built during the city’s steamship building era between 1840 and 1860. Built by a master carpenter from a local steamship construction operation, the city listed the structure on its Inventory of Significant Buildings. By 1982, the Burnses had begun restoration on the antique building.

Six years later, they became proactive in a collaborative effort between the Community council and the City of Cincinnati to develop a Neighborhood Redevelopment Plan. The plan culminated in 1992 with the city’s largest community plan to date.

The effort resulted not only in physical change to the area, but social change as well. Burns helped initiate a Parents as Teachers program, patterned after the national organization by the same name. The program, geared toward single, unwed mothers, provides in-home parental training to mothers with young children.

To enhance the activity, Burns founded a morning day camp during the summer in which children were given age-appropriate books and parents were encouraged to read to their children more often. The latest book project includes the acquisition of a 4,000-book children’s library in the area.

Over the years, the Burnses have been able to track the progress of the children involved in the activities. Nearly all have graduated high school and some are now attending college – often the first generation in their families to do so.

After 20 years of effort, the East End Area along the Ohio River has become an area of extensive development. Both of the Burns’ children are now developers themselves. Their son, Gerald Burns, is an architect who has joined their East End Area efforts with 10 new development units currently in progress. Their daughter, Adrienne Burns Hill, is a preservationist and developer in Portland, Ore.

Burns said that although she began on a musical path 50 years ago, their historical preservation and restoration efforts have been worthwhile.

“Although it has been an unconventional path,” Burns said, “the journey itself was, is and shall continue to be rewarding.”