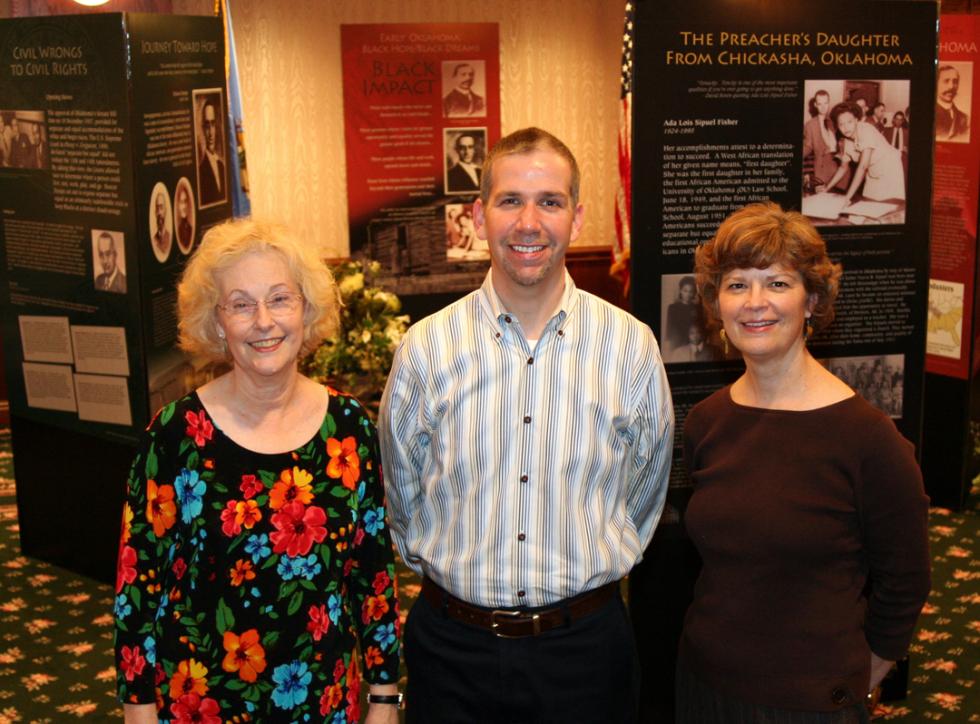 Executives from the Oklahoma Humanities Council (OHC) visited the USAO campus on March 25 for the unveiling of “Early Oklahoma: Black Dreams/Black Hope,” a new traveling history exhibit available to schools and organizations. From left are Dr. Ann Frankland, OHC chairwoman; David Pettyjohn, director of programs; and Ann Thompson, president and executive director. Frankland also is a longtime member of the USAO faculty in literature.

The nine-panel exhibit tells the story of three early Oklahoma Black leaders who demonstrated vision, courage and leadership. It was designed by USAO and created for the Loretta Y. Jackson African American Historical Society with support from the OHA and the National Endowment for the Arts.

Funding was provided by the Oklahoma Humanities Council and the National Endowment for the Humanities. The exhibit was created by and for the Loretta Y. Jackson African American Historical Society. Anyone interested in sponsoring the display at a school, church, library or community event is invited to write to the LYJ-African American Historical Society at P.O. Box 2044, Chickasha, OK 73023.