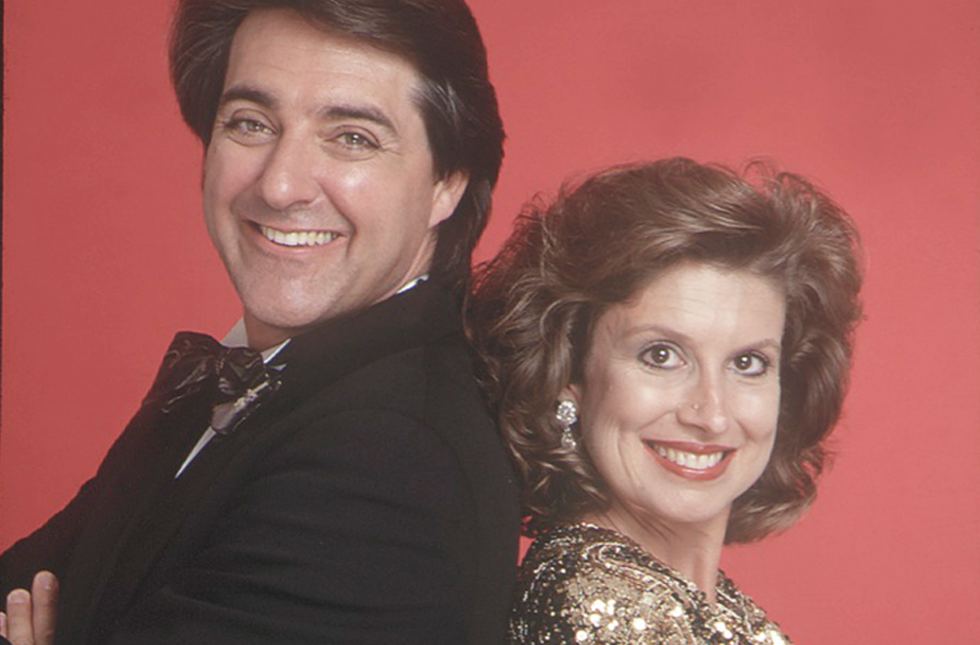 For more than a century, Broadway musicals defined American popular culture, combining the best of the theatrical and musical into one multimedia experience best enjoyed live.

Area residents will be able to enjoy this one of a kind entertainment for themselves when a touring company featuring veteran Broadway performers hit the stage at the University of Science and Arts of Oklahoma.

A concert featuring the Best of Broadway Showstoppers is scheduled to begin at 7:30 p.m. on Oct. 23 in Te Ata Memorial Auditorium as part of the Davis-Waldorf Performing Arts Series (DWPAS).

The show is expected to feature material from popular Broadway shows including The Producers, Spamalot, Chicago, Phantom of the Opera, Les Miserables, Fiddler on the Roof and Wicked.

Tickets can be purchased at the USAO Business Office or online at /dwpas.

Saar has performed on concert stages and in theaters throughout the United States as well as internationally.

In the blockbuster musical, Les Miserables, Saar played Marius on Broadway and Enjolras in the Los Angeles production and was one of the featured soloists on the international cast album.

He played Lun Thau in the national tour of The King and I, starring Yul Brynner.

He also portrayed leading roles in productions of Hello, Dolly with Martha Raye, Guys and Dolls with John Saxon, Shenendoah with John Raitt and Applause with Nannette Fabray.

Ketchie made her Broadway debut in Phantom of the Opera and also starred in the San Francisco production of the same Tony award-winning blockbuster show for two years.

She made her New York recital debut at Carnegie Hall as a result of winning the Artists International annual competition.

Ketchie has appeared as a guest soloist for a number of symphonies including the Houston Symphony, the Pasadena Pops and the California Philharmonic among others.

Ketchie holds double performance degrees from the Oberlin Conservatory of Music in both voice and piano and a master's degree from the University of Illinois in Champaign-Urbana.

Last summer, she was presented as recitalist and master teacher by the Music Teachers Association of California at their state convention.

Harlan, who will serve as accompanist as well as sing, has appeared in the national company productions of The Rocky Horror Picture Show and has performed in such works as the Man of La Mancha, Sweeney Todd and The Music Man.

His acting credits include roles in Risky Business, Wiseguy and Buffy the Vampire Slayer as well as voice acting credits on A Goofy Movie and Pocahontas II.

All three musicians will host a master class for USAO students beginning at 10 a.m. on the day of the concert in the Music Annex. Students will have the opportunity to perform material and receive critiques from the visiting musicians.

The master class is open for observation to the public.

Dr. Ken Bohannon, associate professor of music and coordinator of the DWPAS series, sees this master class as a vital opportunity for the vocalists training in USAO’s music department.

“It’s been several seasons since our student vocalists have had the opportunity to learn from performers of this caliber and experience,” Bohannon said. “Receiving feedback and being able to learn from such seasoned veterans can change a young musician’s career and we look forward to seeing those effects on the students able to attend.”

Season tickets for the 14th season of the DWPAS are still available.

Future shows include actor/comedian Dan Kamin on Nov. 10 and 11; the Floyd Haynes Orchestra hosting a dance on Valentine’s Day dance; and the all-female mariachi band Mariachia Rosas Divinas on March 27.

Local businesses interested in sponsoring the series are invited to call 574-1349 for more information.

[edited to reflect the cost to USAO students as $3]