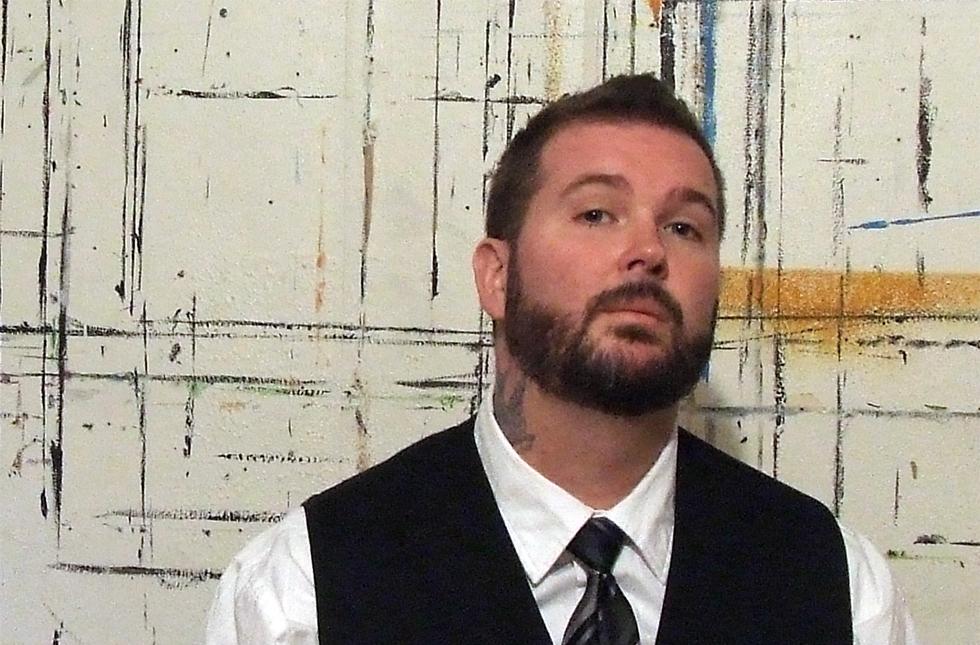 His art has been showcased in the Smithsonian, chosen to represent Red Earth and appeared on the cover of Oklahoma Today magazine – just to name a few. Jeremy Dylan Cavin will travel back to his hometown of Chickasha to receive the USAO Young Alumni Award Nov. 2.

“Dylan is one of the most creative artists I have ever known,” said Jacquelyn Knapp, associate professor of art at USAO, who nominated Cavin for the award. “His creativity explodes in his studio combining Native American and wildlife imagery using mixed media to express a form of communication that links people together in an abstract way.

“Dylan truly represents USAO’s and the art department’s holistic mission – easily interrelating different area of studies and he takes problem solving to extreme heights. His passion drove him to be a very successful art student at USAO and has continued to drive him in his professional career,” Knapp said.

Cavin will be recognized as one of the university’s most gifted Young Alumni for his considerable artistic achievements and embodiment of USAO’s liberal arts mission as part of Alumni Homecoming festivities, which are scheduled for Nov. 1-4.

Cavin is a 2000 graduate of USAO. He was born and raised in Chickasha and has been drawing ever since he can remember. It wasn’t until middle school that he developed his interest in comic books. It was at USAO, he says, that he found his passion for painting and figure drawing. He is a citizen of the Choctaw Nation.

He enlisted in the army in 2006. He served nine months until an injury.  It was during this off time that he started doing portraits of friends and pets. He finally felt that he established an outlet for his artistic expression. Today he works as a freelance artist, designer, painter and inventing cutting edge images of his heritage.

“After years of being in the design field, it really felt good making something with my hands that others could connect to, appreciate and in return was self gratifying,” Cavin said.

Cavin’s painting Legacy was featured on the official t-shirts, billboards and posters of the 2013 Red Earth Festival. He was the featured artist during Choctaw Days at the Smithsonian’s National Museum of the American Indian in Washington, D.C. His painting Gold Skies was featured on the cover of the July/August 2012 edition of Oklahoma Today magazine.

He has exhibited his work at the Love of Ledger Art Show, the Rock Island Arts Festival, the Young Guns Show, in a group exhibition at the Cherokee Art Market, Red Earth, Humor without Reservations Show and at the Choctaw Art Show. He was a featured artist during the 2012 Choctaw Day at the State Capitol and has participated as a live paint artist at the Monsters of Live Paint Show and the Creativity World Forum.

Cavin’s work was selected for the 2014 Choctaw Nation of Oklahoma Calendar. His art has received awards at the Red Earth Festival, the Cherokee Art Market and Show, the Southeastern Art Show and Market and the Choctaw Art Show. He has two paintings in the David L. Boren Student Center on the OU campus.

Most recently, USAO’s Nesbitt Gallery purchased Cavin’s The Chickasaw Delegate, a ink drawing rendered inside of a vintage ledger, as part of its purchase awards for the Seven-State Biennial Art Competition.

His work can be seen online at theartofdylancavin.com.

The annual reunion is open to all USAO/OCLA/OCW alumni.

Registrations are being accepted at the USAO Alumni Development Office, (405) 574-1290. An all-inclusive registration package is available for $75 per person, which includes all meals.