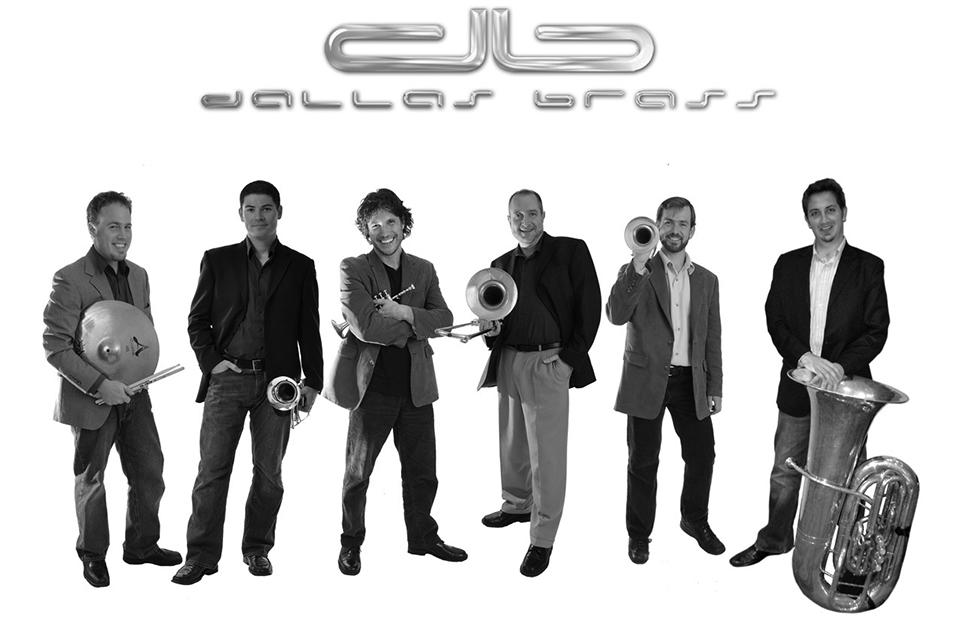 When the Dallas Brass comes to Chickasha on Feb. 28, it won’t be merely armed with a reputation for excellence and thousands of hours of performance experience. The ensemble will also have the power of over 100 Chickasha student musicians behind it.

With a set list that spans from classical to classic swing, the Dallas Brass ensemble is scheduled take the stage of the Te Ata Memorial Auditorium on Feb. 28 at 7:30 p.m. at the University of Science and Arts.

The members of the ensemble will also run a workshop at USAO for the students in the Chickasha Middle and High school bands, culminating in a joint performance the night of the show.

Kent Barker, Chickasha’s band director, said that the enthusiasm among his students is running high.

“The students,” Barker noted, “are so excited about learning from and performing with a nationally-recognized outfit like the Dallas Brass. We play their CD everyday before the beginning of class.”

Since its founding in 1983 by Michael Levine, the Dallas Brass has developed a unique sound, blending traditional brass instruments with a full complement of drums and percussion, which creates a performing entity of extraordinary range and musical challenges.

The event is the part of the Davis-Waldorf Performing Arts Series (DWPAS) that brings top talent to the university to perform for the USAO campus community and area residents.

“Our ideal audience has a range in ages from 5 to 95.  Our goal is to entertain and enrich by playing great music, while showing our audience how much we enjoy what we do."

In addition to their solo engagements, the Dallas Brass appears with symphony orchestras nationwide.  Symphonic credits include shows with the Cincinnati, New York and Philly Pops. The Dallas Brass has also performed at Carnegie Hall, the John F. Kennedy Center in Washington, DC, and has toured overseas to Europe and the Far East.

Dr. Kenneth Bohannon, coordinator of the DWPAS, expects that the Dallas Brass, “will be one of the most exciting ensembles to grace the stage at Te Ata.

“With a family-oriented show designed to hit the highpoints of the last 200 years of music, the Dallas Brass is the perfect show to close out the tenth season of the Davis-Waldorf Performing Arts Series.”

The event is co-sponsored by the Chickasha Public School Foundation, which helped to defray the costs of bringing the ensemble here.

“We have partnered with the CPSF for three or four years now. Its support of the arts here in Chickasha is superlative,” said Bohannon.

The DWPAS is produced by the USAO Foundation in conjunction with the National Endowment for the Arts, Oklahoma Arts Council, Kirkpatrick Family Fund, the Mid-America Arts Alliance as well as generous support from local businesses including the Chickasha Bank and Trust Company, Standley Systems, The First National Bank and Trust and KOOL 105.5 Radio.

Tickets for the general public are $12 each with discounts available for seniors 60 and over, students and children under 18 and USAO faculty and staff. Group pricing is available for groups of 20 or more. Tickets for non-USAO students are $4. Tickets are available at the USAO Business Office or by calling 405-574-1213.