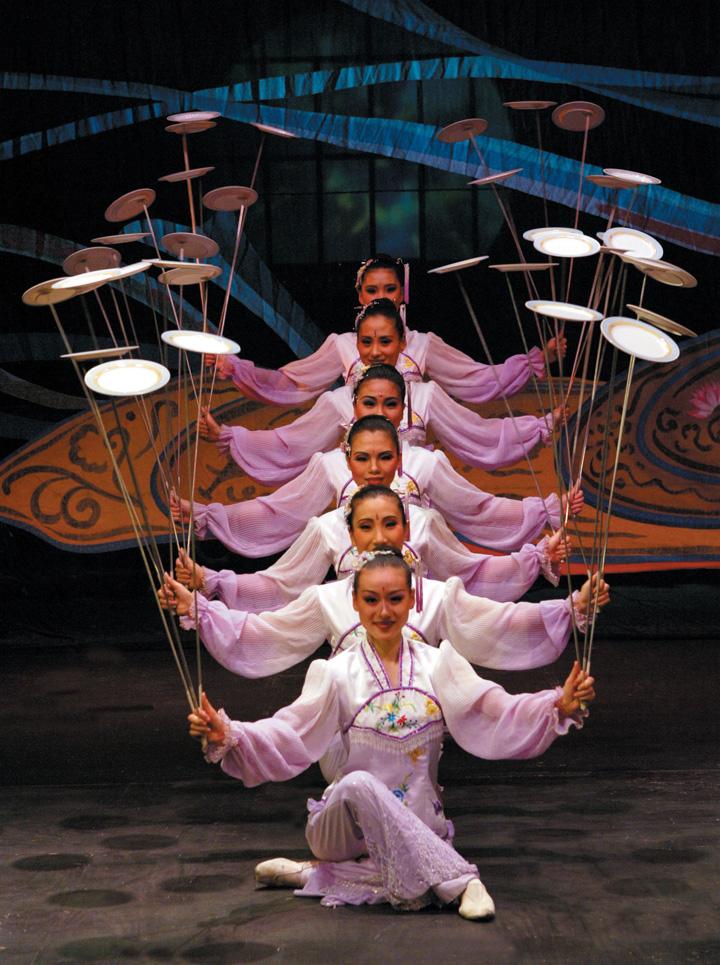 CHICKASHA – For more than 27 centuries, Chinese acrobats have been thrilling audiences worldwide with mesmerizing acts of daring and grace. And on Sept. 6, the Chinese Golden Dragon Acrobats will add Chickasha to their world tour.

As part of the University of Science and Arts’ sixth annual Davis-Waldorf Performing Arts Series (DWPAS), the Golden Dragon Acrobats will take the stage at 8 p.m. in the newly remodeled Te Ata Memorial Auditorium in Troutt Hall on the USAO campus. Tickets are $10 per person for the general public, $8 for seniors 60 and over and $3 for students 18 and under. USAO students get in free with a valid student ID.

Ken Bohannon, coordinator for DWPAS, said the Chinese acrobats are an exciting addition to this season’s schedule.

“They look incredible,” said Bohannon. “They’ve received great reviews everywhere they’ve been, and we are very excited to add a group of their caliber to our lineup of talent for this season’s Davis-Waldorf Performing Arts Series.”

With an impressive and heavy touring schedule touted for this year, Oklahoma is one of many states slated to receive the award-winning acrobatic troupe. The 20 young acrobatic aces are actors, athletes and artists who’ve seen the world – literally. With performances in every U.S. state and more than 65 countries on five continents, they are winning over audiences of all ages across the world.

Future acts for this season’s DWPAS include violin virtuoso Emanuel Borok in October, award-winning opera singer Jeffrey Snider in January and the futuristic classical quartet Bach to the Future in February.