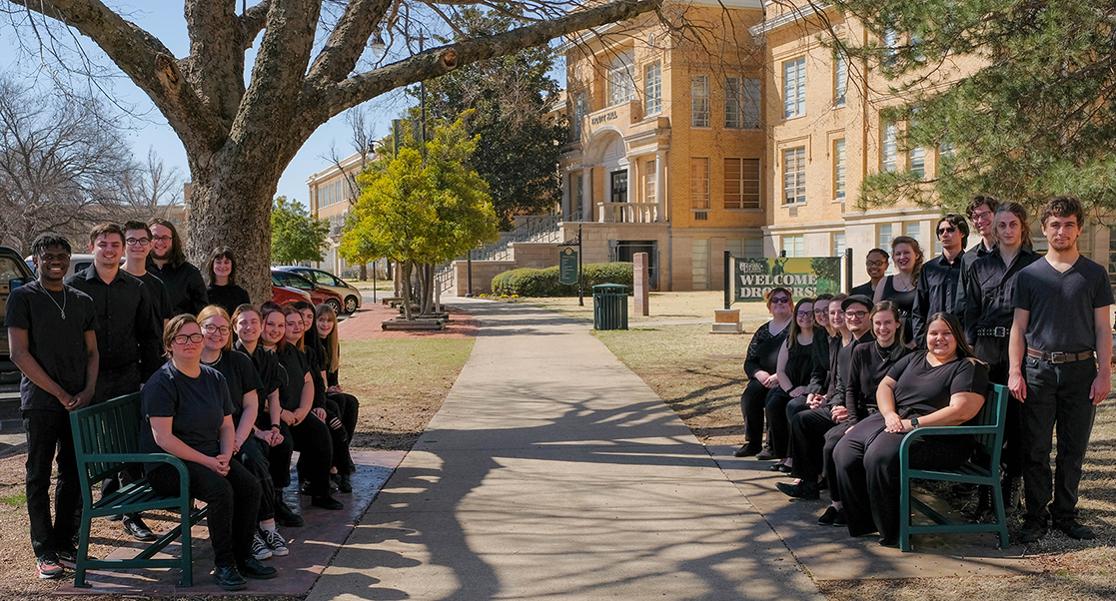 For the first time since the pandemic, the University of Science & Arts of Oklahoma’s Concert Choir will present their spring concert for an in-person audience. The performance, which is free and open to the public, is scheduled for April 12 at 7:30 p.m. in the university’s Alumni Chapel.

The program will feature a variety of music ranging from the medieval period to popular contemporary songs. The Latin chant “Ave Maria” will be sung in its original monophonic setting along with two additional arrangements for mixed choral voices from the Classical and Romantic periods. The concert will also present music from diverse cultures, including a traditional Bantu folk song from South Africa, and several choral selections from film and music theatre are programmed as well, including music from the wildly popular productions “Hamilton” and “Dear Evan Hansen.”

Two student conductors will lead the choir in pieces they have rehearsed since January. Noah Holden of Muskogee will present Mozart’s setting of “Ave Maria” for voices and piano. Holden sang with Teresa Pointer, a Science & Arts vocal music education graduate, for four years in high school prior to college, and he has performed for a number of on- and off-campus events, including the Science & Arts Alumni Association’s 2021 Homecoming celebration.

Dr. Jan Hanson, professor of music, serves as the Concert Choir conductor, while Rhenada Finch, instructor in music, will serve as the collaborative artist on piano.

The Science & Arts Concert Choir is a choral ensemble made up of students representing more than a dozen majors throughout the university. The Concert Choir has performed in collaboration with local public school and university choirs, and is regularly invited to sing for local community and campus events.