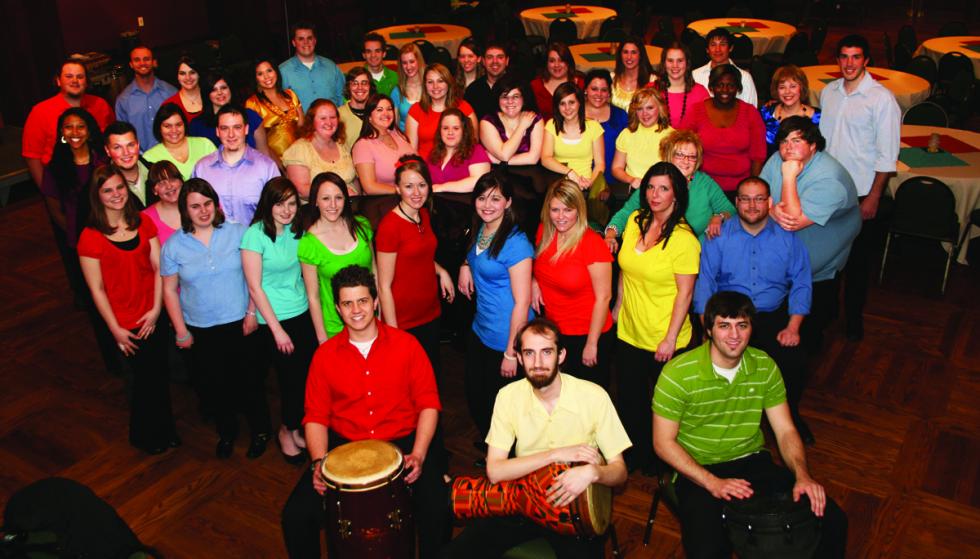 The USAO Concert Choir is scheduled to present a diverse collection of music spanning from the Renaissance to the present day at 7:30 p.m. on Tuesday in the USAO Chapel.

The spring concert demonstrates the stylistic range of the concert choir. The concert will open with two different kinds of songs, a madrigal and a motet, by Renaissance composer, Orlando di Lassus.

The Renaissance was a cultural movement that began in Italy in 1300s and spread to the rest of Europe.

The choir will sing also two pieces written by Mozart — a chorus in Italian from the opera, The Marriage of Figaro and a Latin prayer called Kyrie from his Ordinary of the Mass.

A select octet, or group of eight singers, will perform several love songs from the Renaissance. These song texts detail the many aspects of love, including love for one’s homeland and romantic love.

Additional selections include “Set Me as a Seal” featuring flautist Lindsay Robbins, a freshman speech pathology major from Moore.

The program will be rounded out with the gospel song “Down to the River to Pray” and two traditional African songs with ethnic percussion instruments.

Guitarist and USAO Showband Director Joe Settlemires, will perform with the choir on the African wedding song, “Ut He Wena.”

The USAO Concert Choir is an ensemble of men’s and women’s voices representing many majors throughout the university. The Concert Choir performs both on and off-campus and serves as a music ambassador for USAO.

Most recently, the choir performed at the Masonic Temple in Guthrie with the Guthrie High School Choir. The Concert Choir has regularly participated in USAO’s Festival of Arts and Ideas, featuring music drawn from traditional repertoire as well as film and musical theatre classics.

The USAO Concert Choir is under the direction of Dr. Jan Hanson, professor of music.

Rhenada Finch, adjunct music instructor, serves as the accompanist for the choir.