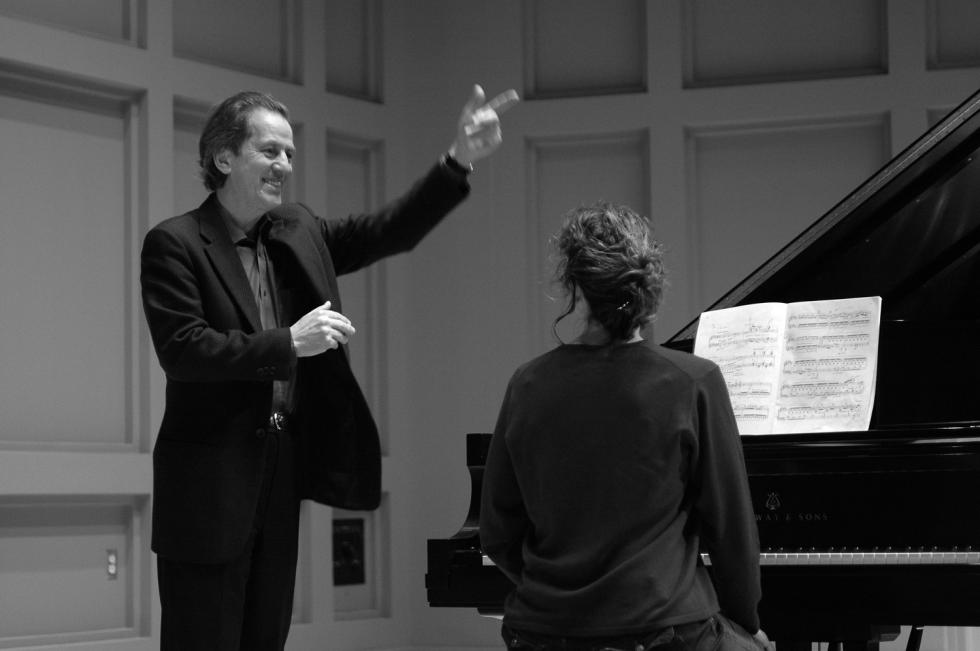 Internationally acclaimed pianist Andreas Klein – described by The New York Times as "a fascinating artist with all the indispensable qualities: temperament, taste, touch, tone -- the four T's of pianism" – will perform in Chickasha on March 10.

Klein’s is the final performance of the eighth season of the Davis Waldorf Performing Arts Series sponsored by the USAO Foundation, Inc with support from the Kirkpatrick Family Fund.

The German-born virtuoso is scheduled to perform March 10 at 7:30 p.m. in the Alumni Chapel at the University of Science and Arts.

Tickets for the general public are $10 each with discounts available for seniors 60 and over, students and children under 18 and USAO faculty and staff. Tickets are available at the USAO Business Office, 1727 W. Alabama, or by calling 574-1213.

As part of the 250th Mozart Anniversary in 2006, Klein and the Salzburg Chamber Soloists performed in 20 cities in the United States and Mexico. Two seasons earlier, he captured audiences with his Mozart interpretations as soloist with the Lucerne Festival of Strings. West Palm Beach society papers have called him "a refined and elegant pianist."

He is heard frequently on National Public Radio's Performance Today, as well as numerous syndicated and local radio programs including WGBH Boston and KUHF Houston. To attract and introduce television audiences to classical music, he created a series of short works by composers including Chopin, Debussy and Stravinsky called Intermezzo With Andreas Klein, which was seen on PBS television stations nationwide.

He has recorded for the Eroica and Apollo labels. His CD recording Dancing Through Time was featured on The Piano Bench at KUHF Radio in Houston. He has recorded works by Busoni, Ginastera and Stravinsky for the discography libraries of the Deutschland Sender and DS Kultur Radio in Berlin. He can be heard with a variety of composers on PianoDisk CDs.

In addition to his concert career, Klein is active as a record producer for symphonies, choirs, chamber ensembles, festivals and soloists. He selects concert grand pianos for institutions and teaches master classes as well.

He is a graduate of the Juilliard School and studied with the legendary Claudio Arrau and Nikita Magaloff. Copies of his dissertation on the Chopin Etudes are in the libraries of the Chopin Societies in Vienna and Leipzig.