Community Holiday Choral Concert To Be Held at USAO 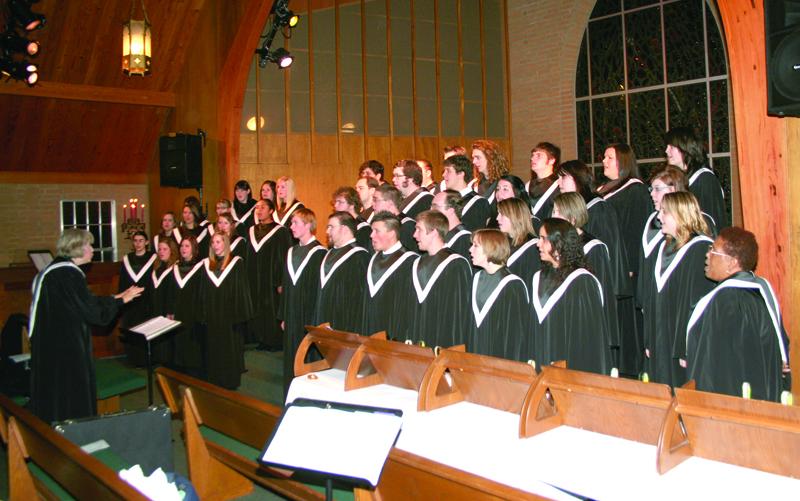 A holiday choral concert featuring more than 500 singers will be presented on Dec. 5 at 3 p.m. at the University of Science and Arts of Oklahoma. The concert will be free and open to the public.

The USAO Concert Choir will join in performance with choirs from Grand Elementary, Lincoln Elementary and Chickasha Middle School. Students from grades 1-8 will perform seasonal music in various styles, from popular to classic.

Becky Gordon serves as the music specialist and choir director at Grand Elementary School. She was born and raised in Stillwater and graduated from Stillwater High School and Oklahoma State University. Gordon holds a bachelor of arts degree in elementary education with a minor in fine arts.

Her professional memberships include the Music Educator’s National Conference and the Oklahoma Music Educator’s Association. She has served as the co-coordinator of the Circle the State With Song choral festival, Region L, in 2007 and 2008. Gordon is active within the community as the organist and accompanist and bell and youth choir director at First Baptist Church in Chickasha. She is a past-president/honorary member of the Junior Social Workers and a member of the OSU Alumni Association.

Originally from Ardmore, she graduated from USAO in 1996 with a major in vocal music education. Wyatt has taught vocal music and general music for the past thirteen years in Edmond, Anadarko and Chickasha. In 2007-2008, she was named the Middle School Site Teacher of the Year. Wyatt’s students have participated in the Circle the State With Song choral festival.

Under her direction, many of her students have been named to the Oklahoma Music Educator’s Association All-State Children’s Chorus. Wyatt’s choir has received numerous superior awards at numerous festivals and competitions throughout the years. In addition to her teaching responsibilities, Wyatt also serves as the director of music/keyboardist at the First Presbyterian Church in Chickasha. She is a master teacher at ArtScope, a summer fine arts camp held in Chickasha each summer.