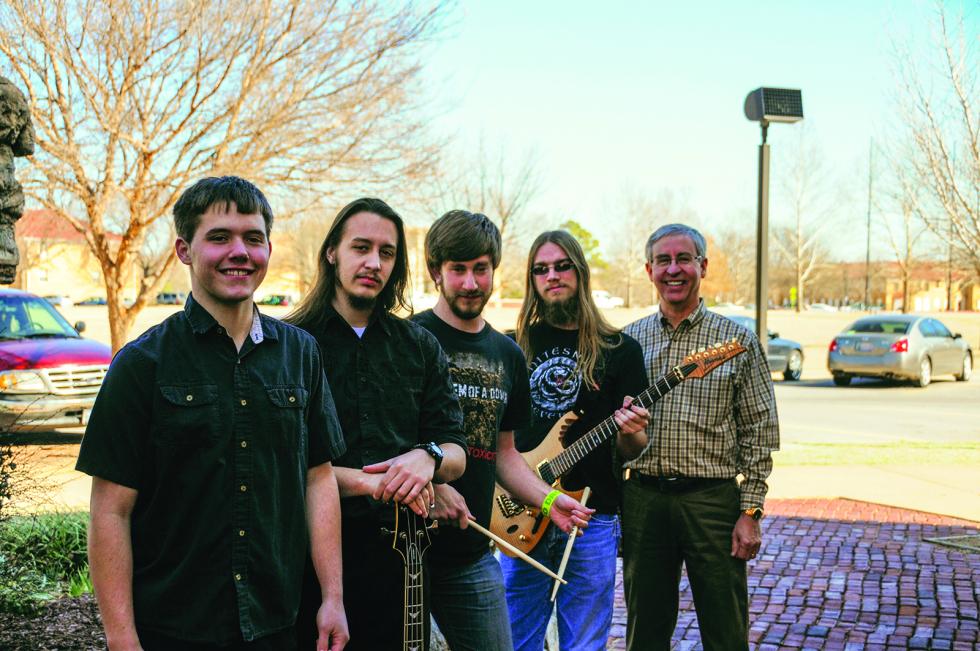 The Concert Wind Ensemble and the Key Players rock ensemble are scheduled to team up for a joint concert under the direction of Dr. Dan Hanson at 7:30 p.m. on April 11 in Te Ata Memorial Auditorium at the University of Science and Arts.

The wind ensemble will present a colorful program of contemporary and classic music.

Highlights will include two medleys of Scottish folk music, a German polka march and a celebration of the American Southwest.

Also featured on the playlist are works by contemporary composers Ed Huckeby and James Swearingen.

Huckeby, who now serves at the president of Southwestern Christian University, taught for years as a professor of music at Northwestern Oklahoma State and Northeastern State (Broken Arrow) universities.

“I knew Ed as a director for years before he casually asked if I’d like to listen to a recording of some of his compositions,” Hanson said. “I was blown away by the quality of his compositions and have used them since due to their playability. The fact that he is an Oklahoma composer and a friend just makes sharing them with the public that much more sweet.”

“Everyone shows up in a good mood and ready to play which makes all the difference. It’s not a huge band but we’ve got a lot of soul,” Jordan says.

The university’s premier rock ensemble, the Key Players of USAO, is expected to debut a wide-range of new material for this concert.

“The keyboard-driven group demonstrates complex and powerful sounds,” Hanson said. “With a new, muscular rhythm section powering the band, we are very excited to get this material out in front of an audience to show what we can do!"

The set for this show includes music by Elton John, Rush, Toto and One Direction as well as music from Les Miserables and Axel F from the soundtrack to Beverly Hills Cop.

Both ensembles serve a special function on campus, welcoming non-music majors and providing artistic expression credits that are required as part of USAO’s innovative Interdisciplinary Studies program. Scholarships are made available to each performing member.

More information about the concert or the USAO music department can be obtained by calling 574-1297 or by visiting the university’s website online at usao.edu.