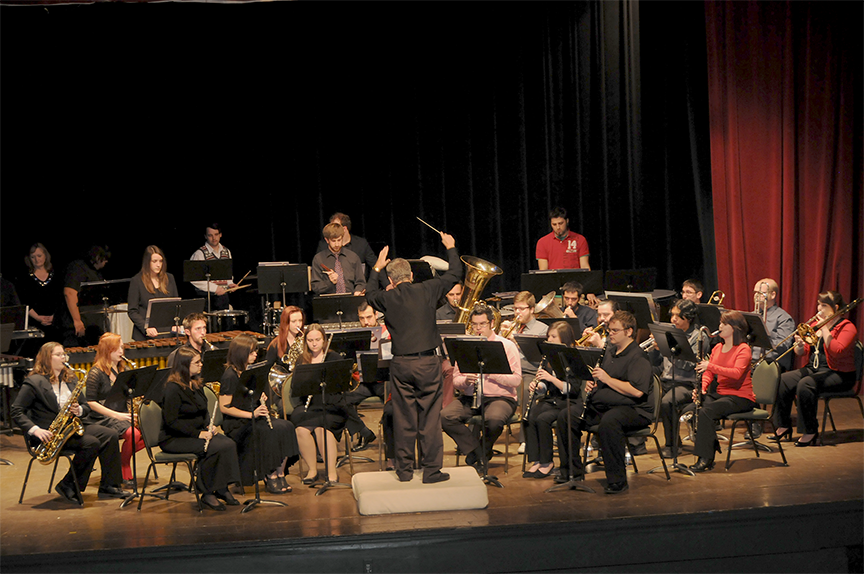 The University of Science and Arts of Oklahoma’s Concert Band will hold their fall concert, “Marching Songs,” Nov. 18 at 7:30 p.m. in the Chickasha High School Auditorium. The performance is free and open to the public.

“I am really looking forward to this concert, it is a very special and unique program,” said Kaleb Benda, adjunct band director. “’English Folk Song Suite’ and ‘Sea Songs’ were originally intended to be published as one piece, but ultimately they were published separately. The USAO Concert Band will be performing both works together, as Vaughn Williams had originally intended. These pieces are something I have been wanting to do with the band since I arrived at USAO.”

A Norman native, Benda earned his bachelor’s degree from the University of North Texas before pursuing a master’s in conducting at Oklahoma City University. In addition to his work at USAO, Benda serves as the artistic director and conductor of the Oklahoma Chamber Symphony, a chamber orchestra of volunteer musicians, and as assistant conductor of the Enid Symphony Orchestra.