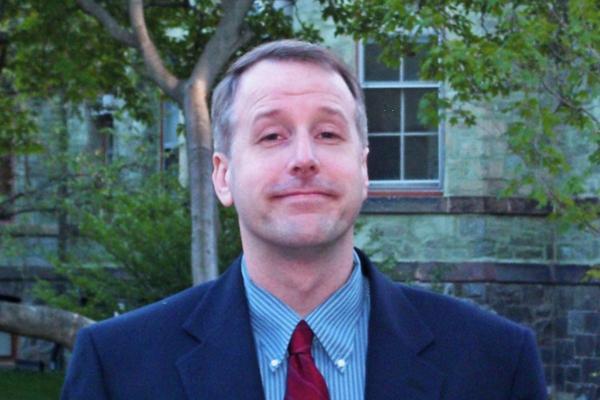 Dr. Kevin H. Crow recently served as chair for “Converts and Conversion,” a session at the Annual Byzantine Studies Conference.

The conference was attended by many of the world’s leading Byzantine scholars representing elite American universities such as Harvard, Yale and Princeton. In addition, a number of prominent international scholars participated in the conference. Individuals from Oxford, Cambridge, the University of Munich and other notable overseas universities, presented papers on a wide variety of topics related to Byzantine Civilization.

The conference was sponsored by the Byzantine Studies Association of North America, an interdisciplinary organization devoted to the study of Byzantine Civilization and its interaction with neighboring peoples.

“USAO is proud of Dr. Crow's contributions to Byzantine studies,” said Dr. Dex Marble, vice president for academic affairs.  “Dr. Crow's participation is yet another example of the high quality of education provided by the faculty of USAO.”

Crow described the session he chaired as an interdisciplinary affair that “was not limited to the field of Byzantine history” but included research “from the fields of archaeology, classical studies, Arab literature and theology as well.”

“Despite being surrounded by hostile enemies, the Byzantine empire endured for many centuries, which makes it fascinating to study for so many reasons,” Crow said. “Political scientists and students interested in diplomacy often study this history to better understand foreign policy. The most notorious to do this were the Nazis, who wondered how to sustain their ‘New World Order’ across Europe.”

But Byzantine history and culture is much more than politics,” Crow explained. “Byzantine art and architecture heavily influenced the art and architecture of Russia, Eastern Europe, the Islamic World, and even Ethiopia to a degree. In addition, the influence of Byzantine Civilization on Early Christianity is immense; for example the first seven Ecumenical Councils were not called by popes, bishops or other church officials, but by Byzantine Emperors.”

The Byzantine Empire was the Greek-speaking eastern half of the Roman Empire that lasted a thousand years after Rome itself fell. It came into existence when the emperor Constantine founded a second capital at Constantinople in 324 of the Common Era.

Crow earned a bachelor’s degree at Arkansas Tech University.  He completed a master’s and doctorate at the University of Kentucky.