Dale Hoggatt -- 100 Alumni You Should Know 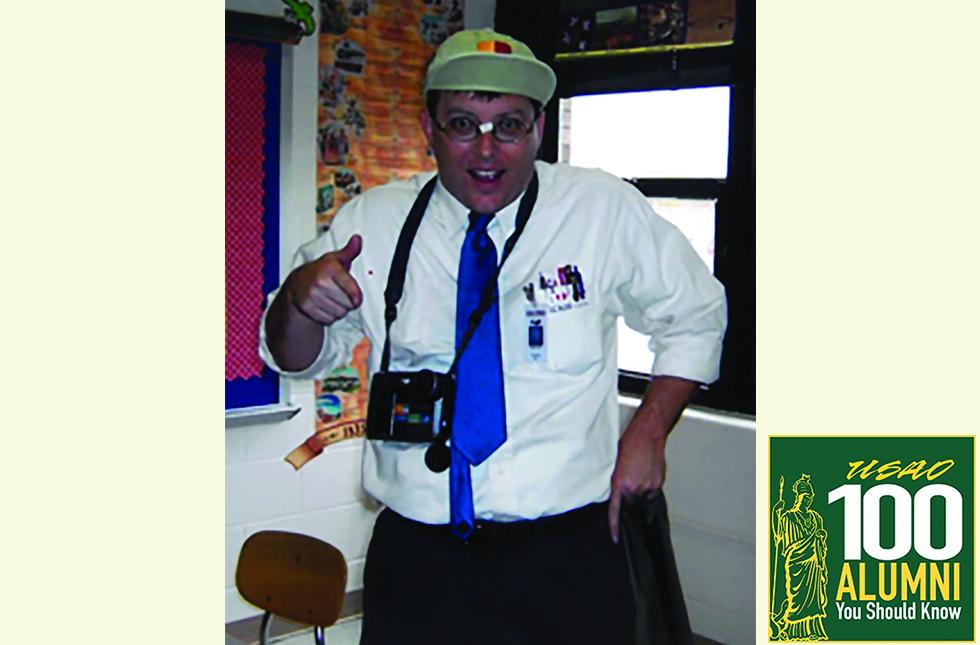 D. Ed. Hoggatt’s first degree from USAO was in communication, but he finished at the college with an elementary education degree. He’s spent almost three decades in the classroom, has dealt with two major disasters and has authored several books.

“I didn’t think I wanted to be a teacher, but my degree gave me the flexibility to become something I’m actually good at and enjoy. My first degree gives me permission to think creatively and solve problems from a different perspective. The classes at USAO were affordable and personal and they challenged me to think for myself,” he said.

Hoggatt graduated from USAO in 1985 with a degree in communication, but continued and earned his elementary education degree in 1989. He worked as a newspaper editor before teaching. After spending his first five years in the classroom in Oklahoma City, he moved to Joplin, Missouri, where he has been teaching for the last 23 years.

His elementary school in Oklahoma City was less than five miles from the 1996 Murrah Federal Building bombing. He was teaching in Joplin when an EF-5 tornado devastated the city in 2011.

“My greatest career accomplishment can be seen in the second grader who attended memorial services resulting from the Murrah bombing in 1995 or in the students who lost their parents in the tornado that swept through Joplin in 2011.

“My greatest accomplishment comes when the principal says that my class has the strongest familial bond in town, when my students shake a veteran’s hand, looking him in the eye, and telling him, “thank you for your service,” and when my students smile at me a hallway’s length away every morning, anxious to get to class,” Hoggatt said.

Hoggatt has represented his school as its teacher of the year, travelled to Honduras as a missionary and served as a deacon and part-time preacher. He has written magazine articles and authored several books.

Hoggatt reflects on his experiences in the Oklahoma City bombing and Joplin tornado in two of his middle-grade fiction books - Crumbling Spirit and Out of the Wind.

In his book, There's No Busyness Like School Busyness, Hoggatt shares opinion, reflection and vision to help teachers improve their craft and thrive in the stressful world of education. Hoggatt’s books are available on his Amazon author’s page.

Hoggatt has been married for 26 years. They have a son and daughter.