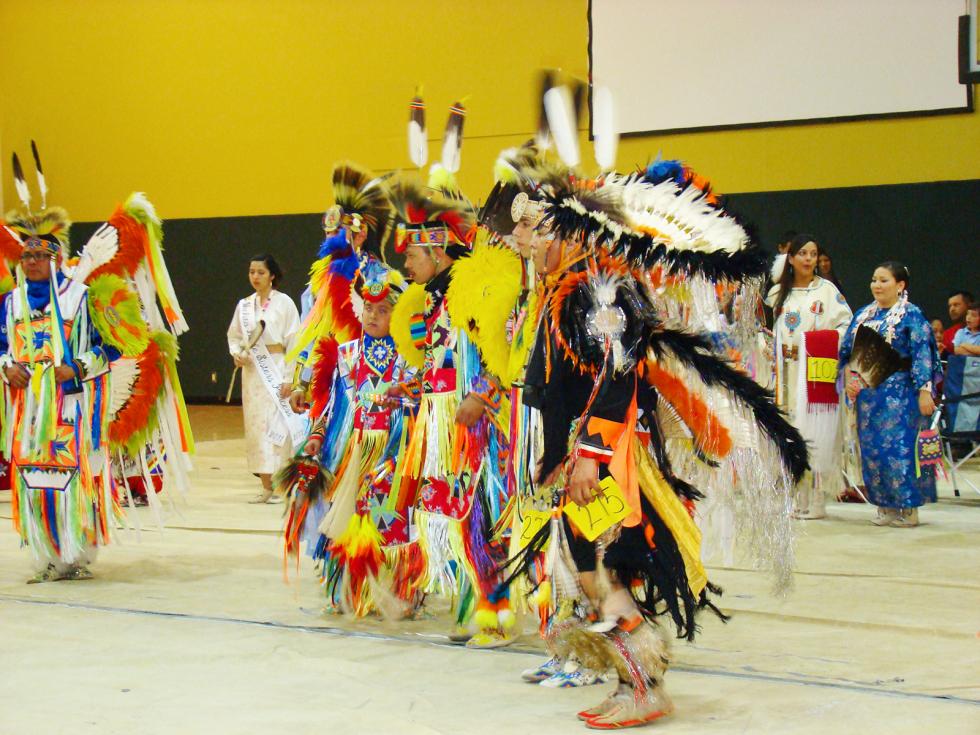 Campus and community members will have the opportunity to witness culture in action when the Inter-Tribal Heritage Club hosts its annual Spring Powwow beginning at 2 p.m. on April 6 in the USAO Fieldhouse.

The event is co-hosted by the Kitikitish Little Sisters, Caddo Culture Club, Sodexo-Campus Dining Services and the Inter-tribal Heritage Club.

The host drummer this year is Robert Tehauno and MacArthur Silverhorn will serve as emcee. The head man dancer is Paige Burgess and the head lady dancer is Bambi Marie Allen.

“Dancing reaffirms our connection to each other, to the seasons, to the land and to the animals with whom we share the land,” Hester says.

“American Indian culture doesn’t draw lines between humanity and the natural world and that is reflected in our dances.”

Hester believes that the powwow represents a great cultural opportunity for all Oklahomans.

“Understanding the interactions at a powwow can provide incredible insights into American Indian culture,” Hester says.

“Virtually every ceremony, every dance, every outfit is fundamental to American Indian religion and society. Visitors will find it difficult not to be wowed by the athleticism of the dance and the rich colors of the regalia.”