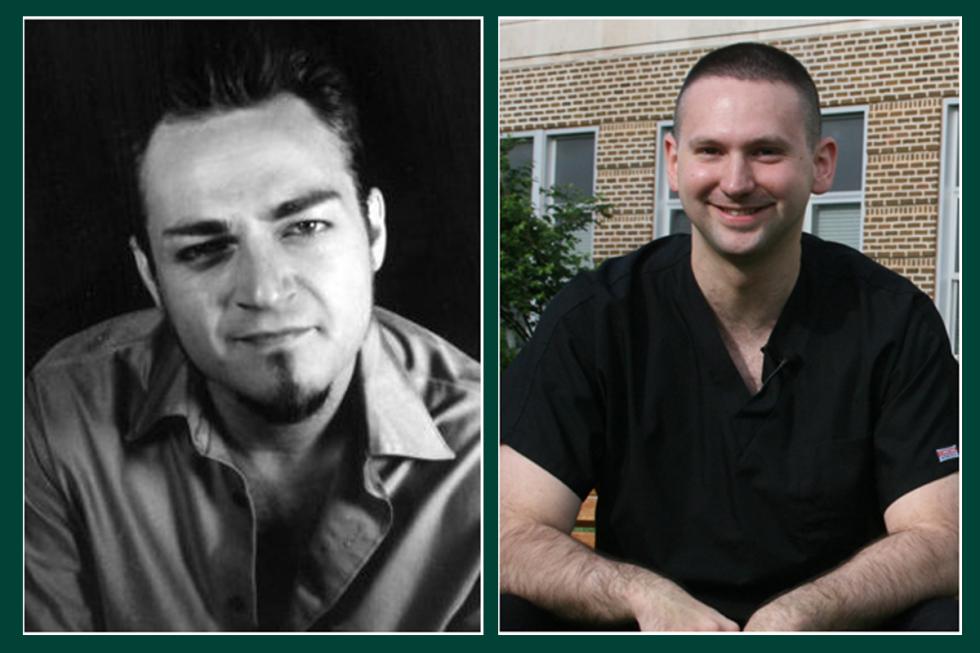 Note: This is the last of a four-part series on the distinguished individuals who will be honored by the USAO Alumni Association at this year's annual Homecoming on Nov. 5-7.

CHICKASHA – A member of the Victims Services Unit of the Oklahoma Office of Attorney General and a urologic surgery resident will be honored this year as they receive the USAO Young Alumni Award during Alumni Homecoming at the University of Science and Arts Nov. 5-7.

Dr. Grant Evans and Brandon Pasley will be honored Nov. 6 along with Hall of Fame inductees Dr. Ron Anderson, Barbara Benton and Eugene Earsom. Homecoming registrations are being accepted for all alums and former students at the USAO Alumni Development Office, (405) 574-1290 or online at usao.edu/alumni. Registration packages for the entire weekend are $50, which is an all-inclusive package that includes all meals.

Pasley is the Oklahoma Address Confidentiality (ACP) Manager for the Oklahoma Office of Attorney General. In his position, he is the certification auditor for domestic violence, sexual assault, stalking and batterers intervention programs in the state; chairs the Department of Human Services Partnership for Healthy Families Conference Committee, is a staffer for the Attorney General’s Domestic Violence and Sexual Assault Advisory Council and is a member of the Oklahoma Sexual Violence Prevention Planning Committee.

Pasley graduated from USAO in 2004 and was certified as a domestic and sexual violence response professional in 2004 by the Oklahoma Coalition Against Domestic Violence and Sexual Assault. Prior to the Office of Attorney General, he was a victim services liaison for the Women’s Service and Family Resource Center and the Student Services Program Coordinator at USAO.

In the Chickasha Community, Pasley has served as the president of the board of directors for the Festival of Light (2005-08), was a member of the Washita Valley Community Action Policy Council (2006-08), was a member at large on the board of directors of the Women’s Service and Family Resource Center (2002-2005) and  is a graduate of Leadership Chickasha.

Evans is a captain in the United States Army and a urology surgery resident at the University of Texas Health Science Center at San Antonio. He also is a graduate of Oklahoma State University. He received a bachelor of science degree in natural science from USAO in 2003.

He also was a general surgery intern at Brooke Army Medical Center and a medical service corps officer in the Army. Evans received a Health Professionals Scholarship from the Army in 2004.

While at USAO, Evans was a science tutor, a residence assistant, a student ambassador and served in the Oklahoma National Guard. He was named to Who’s Who Among Students in American Colleges and Universities; Beta, Beta, Beta; Alpha Lambda Delta, Phi Lambda Chi and received the Regent’s Baccalaureate Scholarship. He was a member of the Biology and Associated Sciences Club and the Student Government Association.

While in the military, he has received the Army Commendation Medal twice, the Army Achievement Medal three times, the Global War on Terrorism Service Medal, the Oklahoma Commendation Medal, the 45th Infantry Brigade (SEP) Soldier of the Year, named one of 16 Outstanding Soldiers of the Year by the National Guard Bureau, the Oklahoma Army National Guard Soldier of the Year and has received several other awards and decorations.