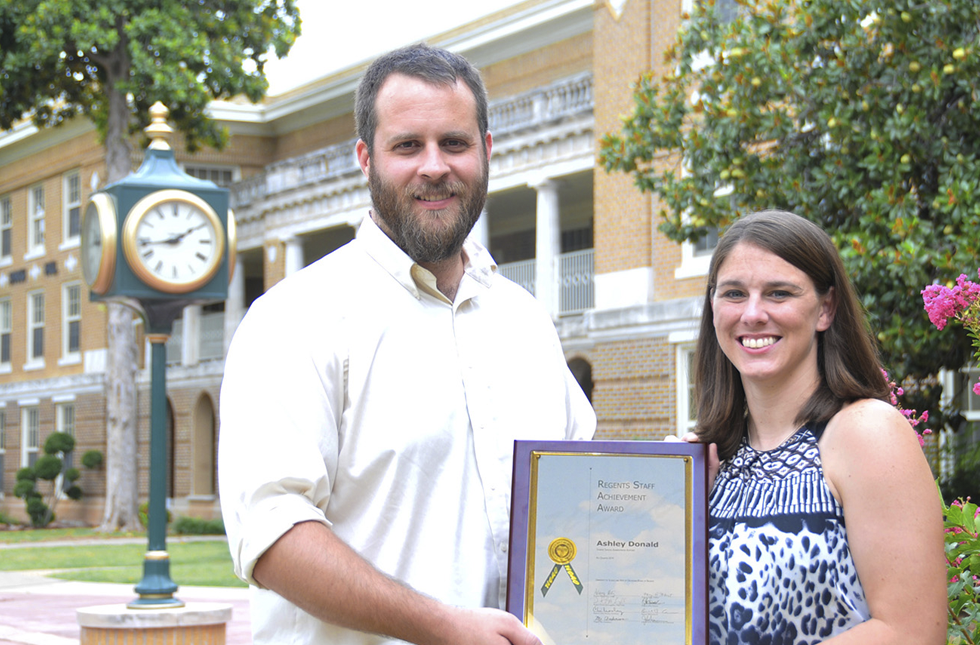 Ashley Donald, Student Services administrative assistant, was awarded the Regents Staff Achievement Award Employee of the Year just a month after earning the award for the fourth quarter.

Donald was notified of her award after the Regents’ meeting in September.

One nominee described her as “one of the hardest working individuals I know.”

“She is always willing to go above and beyond what is required of her, including working nights and weekends,” another nominee said, adding that Donald “has also taken on additional responsibilities in the past year of assisting with facility requests and did so without hesitation.”

Other nominees described Donald as having a positive attitude and being “always professional and fun to work with.”

The Regents Staff Achievement Award is presented quarterly to one outstanding staff member.

From these award winners, an Employee of the Year recipient is selected.

The Staff Employee of the Year is awarded with a plaque and a performance bonus of $500.

Eligible staff members are general or professional staff members who have been employed at USAO for at least two years in a regular full-time or part-time position.