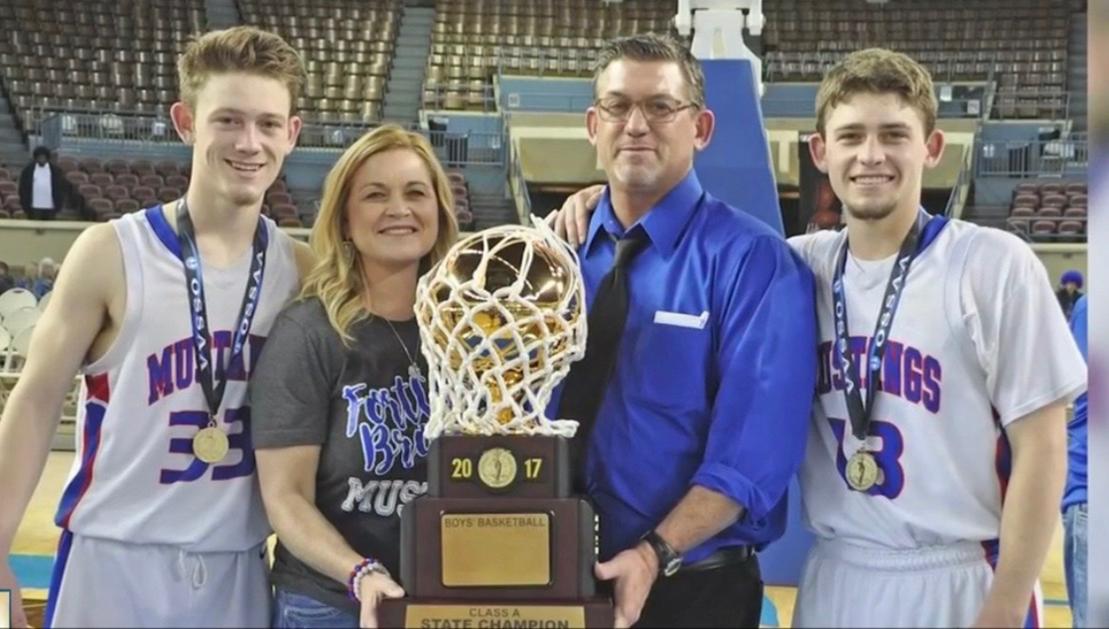 For the past two seasons, the men’s basketball team has flourished under the leadership of Cameron Hines, but this season the Drovers will get a double dose of Hines with the addition of his brother Kellen.

A household moniker among southwestern Oklahoma basketball fans, the name Hines should resonate with the University of Science and Arts of Oklahoma family. For the past two seasons, the men’s basketball team has flourished under the leadership of Cameron Hines, but this season the Drovers will get a double dose of Hines with the addition of his brother Kellen.

Cameron is entering his senior season with the Drovers. Kellen, who red-shirted at Southwestern Oklahoma State University last season, has transferred to USAO for one final season with his brother.

“We couldn’t be more excited about getting Kellen. We’ve had interest in him since his brother Cameron stepped foot on campus,” said Chris Francis, head coach of men’s basketball. “I watched a lot of his games in high school and I saw him do things on the court that you just don’t see very often in high school players.”

“We know what he can bring to the team, on and off the court. It’s no surprise though, knowing the background of the whole family. They’re all winners. Adding Kellen to the program to play alongside his older brother Cam for one more time…I hope it ends with another championship photo with them and their family, and I feel really confident it will,” said Francis.

Though Kellen has definitely proved his individual talents, he attributes his success to the guidance of his coach and father, Scott Hines. The head coach of Fort Cobb-Broxton, his teams have won seven boys basketball state championships, including four straight from 2015 to 2018. Both Kellen and Cameron were coached through high school by their father, on and off the court. The Hines name has created quite an impression, and now the double-threat will make their way to our campus for a season unlike any other.

Scott has been battling the effects of COVID-19 while Kellen and Cameron start their first collegiate semester together, creating a lot of unknowns for the brothers. One thing we do know is that USAO is ecstatic to welcome another Hines to our campus.