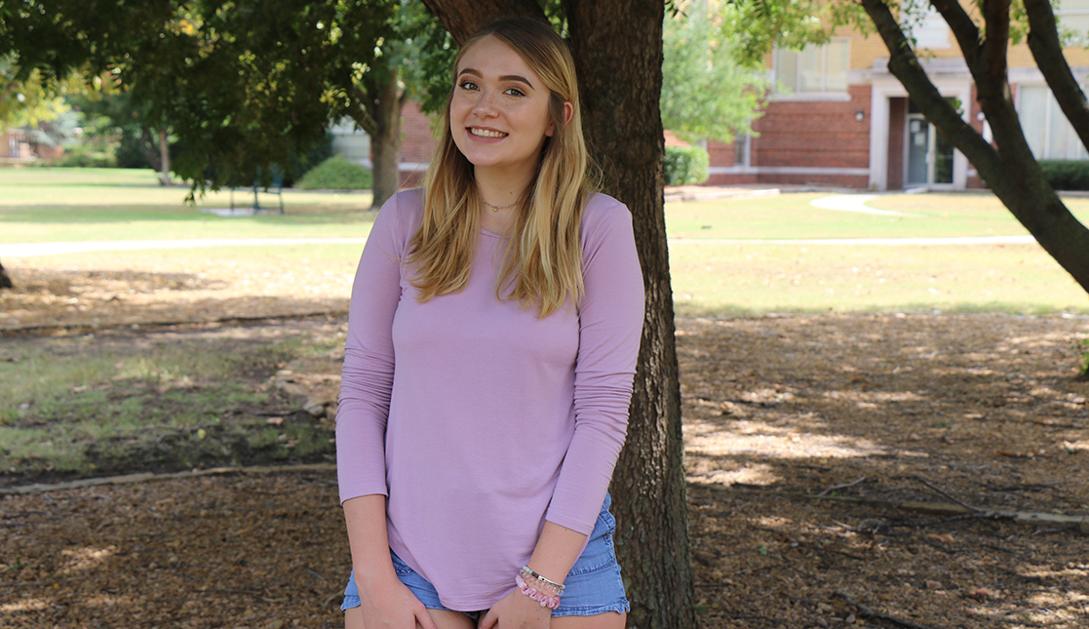 The University of Science & Arts of Oklahoma is pleased to announce its support of the Double Pell Alliance, a national coalition of higher education association, organizations and advocacy groups who are encouraging Congress to double the maximum federal Pell Grant to $13,000 by the program’s 50th anniversary in June 2022.

“Last year, 48 percent of Science & Arts students received federal financial aid to help them pay for their education, which shows just how crucial this program is in allowing these bright and talented students to earn their bachelor’s degree,” said President John Feaver. “While Science & Arts purposefully strives to keep our costs among the lowest in the state, increased funding for Pell Grants would significantly reduce the cost burden facing our students and allow them to focus fully on their studies.”

Twenty-year-old biology and psychology double major Adelina Flores is currently in her third year at Science & Arts, and she has counted on the Pell Grant every year in order to afford her education despite having additional financial aid through the university. While she had enrolled at Science & Arts as a high school senior, after her father was killed in a tragic cycling accident on the very day of her high school graduation, Flores nearly withdrew from college, needing to focus on her family and processing the trauma of this enormous loss. But after discussing the situation with her mother, Flores knew that her father would want to see her pursue her dreams.

“My goal is to go to medical school after I graduate from Science & Arts. I want to be an OB-GYN, specifically working in the area of maternal fetal medicine,” said Flores. “My dad was the sole person that knew my true dream to be a doctor. He believed in my abilities even when I didn’t, even when I suppressed it. At Science & Arts, I found the faculty and staff were nothing less than supportive of not only my academics but myself as a whole. The Pell Grant has helped me tremendously, but doubling this generous grant would only encourage people more to further their education instead of settling for something less than what they want to do in life.”

The Pell Grant is the United States’ foundational investment in higher education, helping nearly seven million students attend and complete college annually. When it was first created in 1972, the maximum award covered more than three-quarters of the average cost of a four-year public college, but that has declined to less than one-third over the ensuing decades. The U.S. Department of Education awards Pell Grants based on a standard formula that evaluates individual need through the information included on a student’s Free Application for Federal Student Aid (FAFSA) form.

At doublepell.org, eligible students can share their story about what the program has meant to them and how doubling the maximum award could help even more. There are also template email messages for a quick and easy way for students, faculty, staff, family and friends to contact their congresspeople. Supporters are also encouraged to engage via social media with graphics and sample message available on the Take Action page of the website.

For more information, contact the Financial Aid Office at (405) 574-1353 or financialaid@usao.edu.