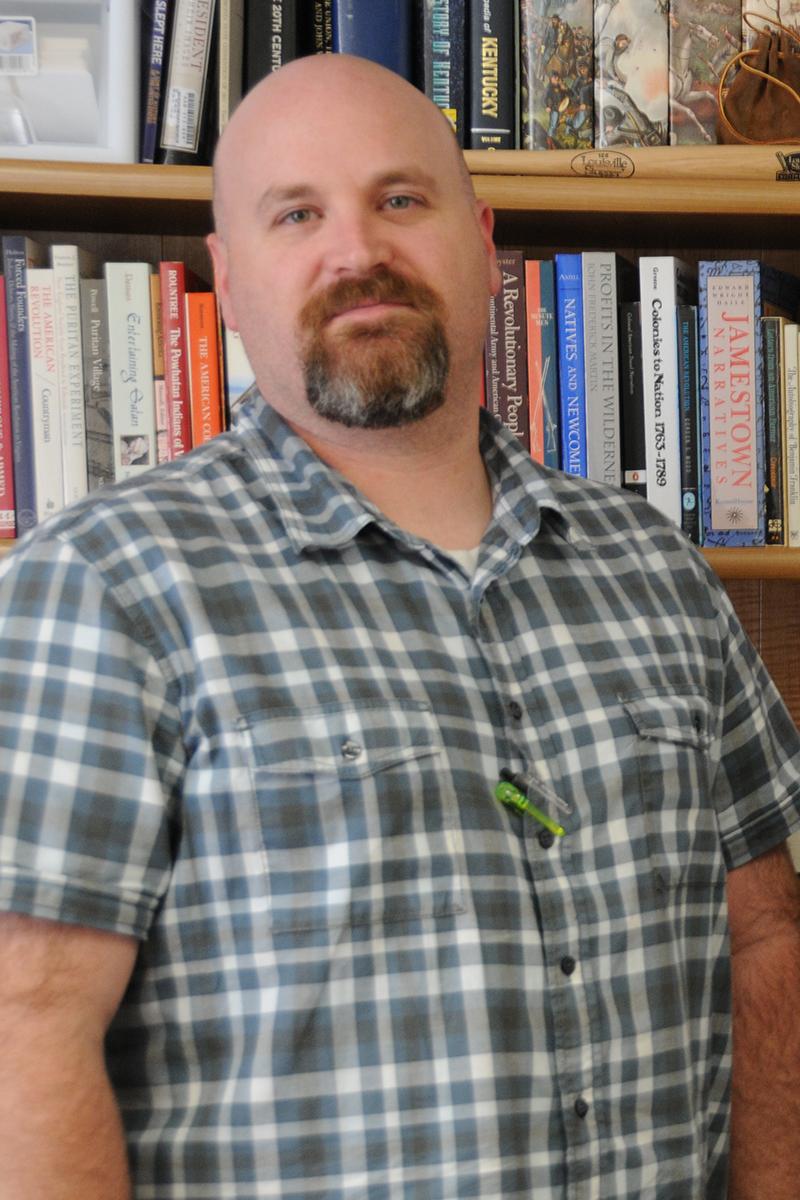 In a nation torn apart by secession and the Civil War, Kentucky found itself in an unenviable position.

“Kentucky was a slave-holding state, deeply immersed in the culture of the South and yet, it had strong financial interests that were dependent on its continued interaction with the Union,” says Dr. James Finck, assistant professor of American history.

Finck explores Kentucky’s unique position in his latest book, Divided Loyalties: Kentucky’s Struggle for Armed Neutrality in the Civil War. Finck is scheduled to deliver a presentation on his book beginning at 7:30 p.m. on Feb. 20 in room 124 of Davis Hall.

The presentation will be followed by a book signing and reception in the Nesbitt Gallery. Both events are free and open to the public.

Finck’s latest book is an extension of the work he did on his master’s thesis at Virginia Tech.

“I always found Kentucky to be fascinating as the odd-man out among Southern states which chose not to secede,” Finck says.

“While there has been an overwhelming amount of scholarship on the personalities that guided the course of the war, there was a vacuum in research on Kentucky and I decided to plunge in to see what could be found.”

Finck spent years researching journals, newspapers, letters and government documents in order to piece together his narrative of a state caught between two worlds.

The economic factors that kept Kentucky from secession, Finck says, went well beyond the obvious.

“Though Kentucky was a slave-holding state, its economy benefitted greatly from trading both northward and southward. For most of 1861, it did just that, despite pressure from both sides to commit.”

In time, Kentucky’s luck would ran out and Confederate armies invaded.

“Bordered by the Ohio River on the north and the Mississippi on the west,” Finck says, “Kentucky was too strategically important, particularly for the Confederacy, to be left on the table.”

Finck’s interest in the Civil War dates back to his childhood.

“I was brought up in Virginia where the legacy of the Civil War looms large. I was always fascinated by the stories and historic sites which are a part of everyday life there,” Finck says.

Finck, who did his undergraduate work at the College of William and Mary, says that he reported to college with the full intention of studying business but his passion for history won out.

Earning his master’s degree from Virginia Tech in 2002, Finck completed his doctoral work at the University of Arkansas at Fayetteville in 2008.

Since arriving at USAO, Finck co-founded and is the co-chair of the Summer History Symposium (SHS).

The symposium serves to bring important historians to the campus for the benefit of the students and the community. The inaugural SHS last summer featured one of Finck’s mentors and highly-respected civil war scholar, William C. Davis as the keynote speaker.

The symposium has expanded this year to engage high school students.

High school students over the age of 16 are encouraged to apply for a scholarship that covers the cost of their spending the night on campus.

The scholarship winners will attend additional historical presentations as well as a special breakfast and one-on-one question and answer session with the keynote speaker.

The SHS keynote speaker for 2013 is Dr. James Robertson.

More information about the book signing and the symposium can be obtained by calling 574-1229.