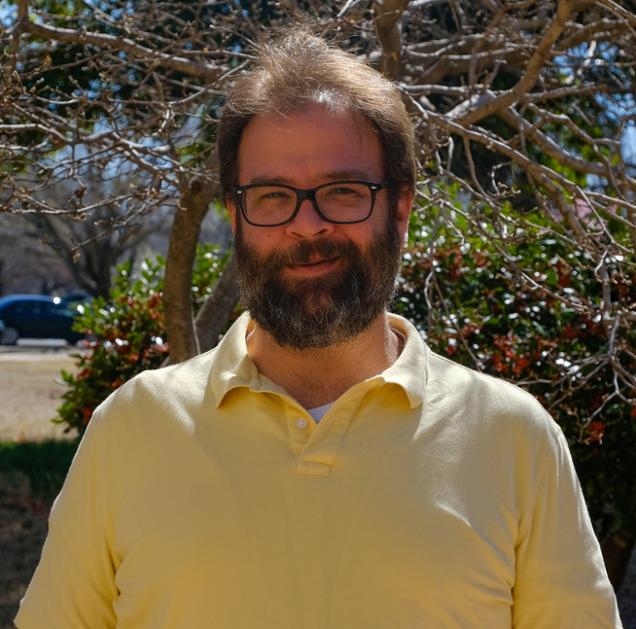 A recent addition to the University of Science and Arts of Oklahoma staff, Joshua Herndon serves as the technical director for the theatre arts department as well as the facilities manager for student services.

Since graduating from USAO with a bachelor’s degree in theatre, Herndon has gone on to hold a diverse range of professional positions, including working for the Shoji Tabuchi Theatre in Branson, Missouri, for Celebrity Cruise Lines as an audiovisual technician, for The Smithsonian as a master carpenter and as a lead carpenter for the Chesapeake Energy Arena and Cox Convention Center. He returned to his alma mater in September 2019.

Being an alumnus of the university, Herndon has accumulated some important life lessons from his time here. He says that Roger Drummond, emeritus professor of theatre arts at USAO, told him to always think logically and to “keep it simple,” and he puts these words into practice every day. He also says his biggest takeaway from USAO has been the mentality of “make everything you do fun, because if it's not fun, then why are you doing it?”

When asked what he is most proud of in his career, Herndon spoke of the time he met the Prince of Bhutan, who praised his hard work and the respect he had shown for the Bhutanese people. As both an alumni and an employee, Herndon says that USAO has taught him to look at life in a way that reflects that, “you may not have everything you want, but you do have everything you need.”