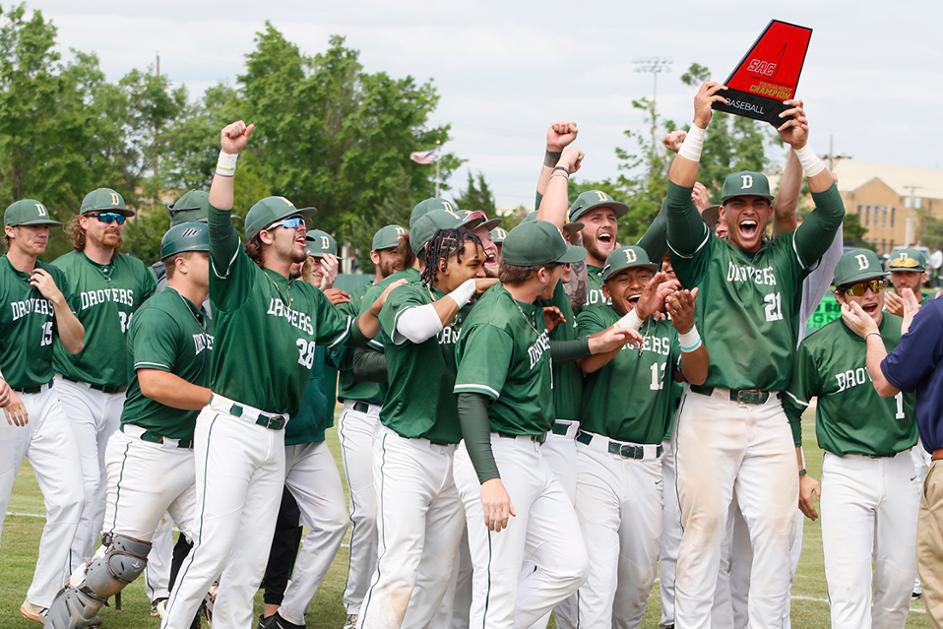 With the win, Science & Arts locked up a berth into the NAIA Baseball National Championship – Opening Round for the fifth consecutive season, sixth time total.

The No. 11 ranked University of Science & Arts of Oklahoma recently earned their third consecutive Sooner Athletic Conference Tournament Championship, with a 4-3 win against No. 21 Oklahoma City University. With the win, Science & Arts locked up a berth into the National Association of Intercollegiate Athletics Baseball National Championship – Opening Round for the fifth consecutive season, sixth time total.

The Drovers have been victorious in 13 of their last 14 games overall. Following a regular-season, in which the Drovers claimed their third consecutive regular-season SAC Championship, they gave an epic performance to take down the Stars in the SAC Tournament Championship.

Following their win, it was announced that the Drovers hauled in numerous All-SAC awards.

The Drovers now await the decision of where they will travel for the NAIA Baseball National Championship – Opening Round where they will likely be one-of-eight No. 1 seeds in the tournament. The NAIA Selection Show is scheduled for Thursday, May 13 at 4 p.m. The selection show will be streamed live on the NAIA Facebook page.

Visit www.usaoathletics.com for all game times when they are announced.