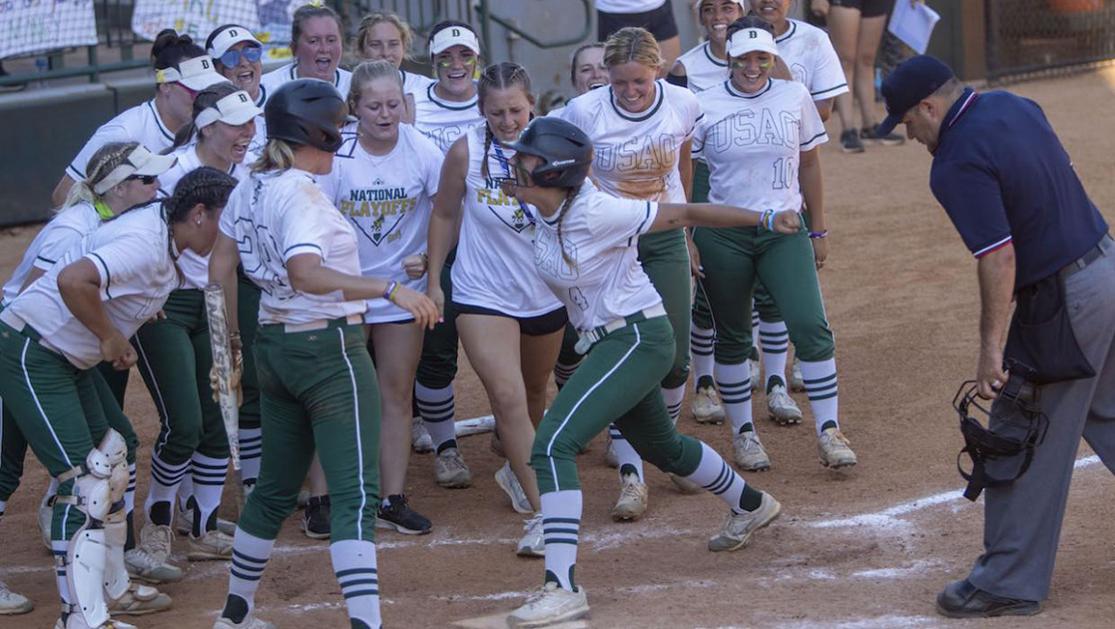 After yet another historic season, the Drovers will now prepare for the 2023 season, after their third finish in the top three since 2018.

The Drovers opened the day with a thrilling 2-1 victory in extra innings (10 innings) against the Southeastern University Fire.

The Fire took the first lead of the game with a solo-homer in the fourth inning, but the Drovers quickly responded with a run of their own in the bottom of the fifth to tie the game at 1-1.

The Drovers wrapped up the victory with a walk-off single from Shyla Clouse (JR/Newcastle, OK) in the bottom of the 10th inning, scoring Sierra Selfridge (FR/Mustang, OK).

Despite only scoring two runs, the Drovers tallied 10 hits and reached base on four walks.

Sierra Selfridge led the offense with an incredible 3-4 performance, which included the game-winning run.

Amanda Moreno (SR/Moore, OK) concluded 2-4 with a run batted in.

Shyla Clouse played the role of the hero and finished 1-3 with a walk and the walk-off RBI.

Emily Cerny (SR/Newcastle, OK) was superb in the circle, going all 10.0 innings to improve to 34-4 this season. Cerny allowed just one run on four hits, and she struck out five batters to tie the NAIA record for most strikeouts in a career (1,411).

With the win, the Drovers kept their season alive and advanced to the second semifinal game against No. 1 University of Mobile.

GAME 2 vs UNIVERSITY OF MOBILE (Ala.)

After showing more fight than anyone knew was humanly possible, the Drovers suffered a 4-3 loss in another 10-inning battle against the No. 1 seed Mobile.

Science & Arts took an early lead with a two-run homerun from Jaclyn Gray in the bottom of the first inning.

Mobile responded with one run in the top of the second inning, but the Drovers immediately retaliated with one more run of their own to extend their lead to 3-1.

However, the Rams struck for a pair of runs in the top of the third inning to tie the game at 3-3.

The score remained locked at three until the top of the 10th inning, when Mobile was able to bring home the go-ahead run, and proceeded to hold the Drovers scoreless in the home half of the inning to close out the win, advancing to the national championship game against No. 2 Oklahoma City University.

Despite the loss, USAO out-hit the Rams by a slim margin of 8-7. Jaclyn Gray and Sophie Williams led the offensive attack for the Drovers with a pair of two-hit performances.  Gray concluded 2-5 with a two-run homerun, while Williams went 2-4 with a double and a run batted in.

Sophie Williams got the start in the circle and delivered 2.0 solid innings, before being relieved by Emily Cerny for the final 8.0 innings.

After yet another historic season, the Drovers will now prepare for the 2023 season, after their third finish in the top three since 2018.