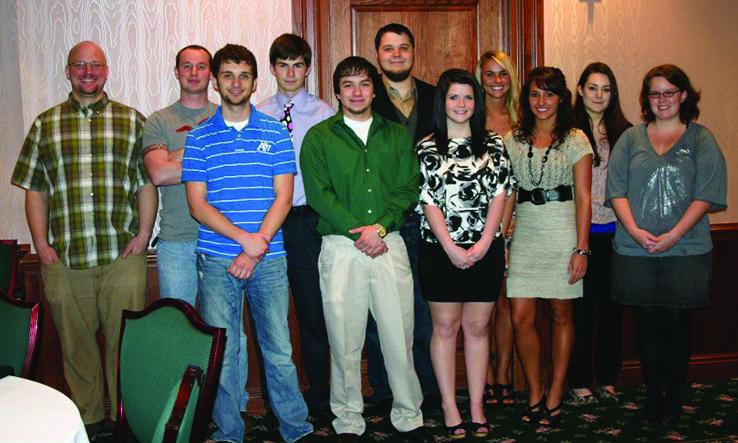 Eleven students at the University of Science and Arts were inducted into the Beta Beta Beta biology honor society in April.

The induction ceremony was held in the Regents Room. After signing the membership book, the initiates received a certificate of membership and graduation honor cords.

Four members of Psi Iota, USAO’s Beta Beta Beta chapter, presided over the ceremony. Jennifer Ninman of Ryan served as the presiding officer. Shaylea Shebester from Pauls Valley escorted the initiates. Taleah Farasyn of Shawnee acted as secretary and Eric Ramos from Moore was the historian.

Beta Beta Beta is a society for students, dedicated to improving the understanding and appreciation of biological study and extending boundaries of human knowledge through scientific research. Since its founding in 1922, more than 200,000 persons have been accepted into lifetime membership, and more than 553 chapters have been established throughout the United States and Puerto Rico.

The requirements for Beta Beta Beta are a 3.0 grade point average in biology courses. Inductees must have completed at least three biology courses with one being at the junior or senior level.