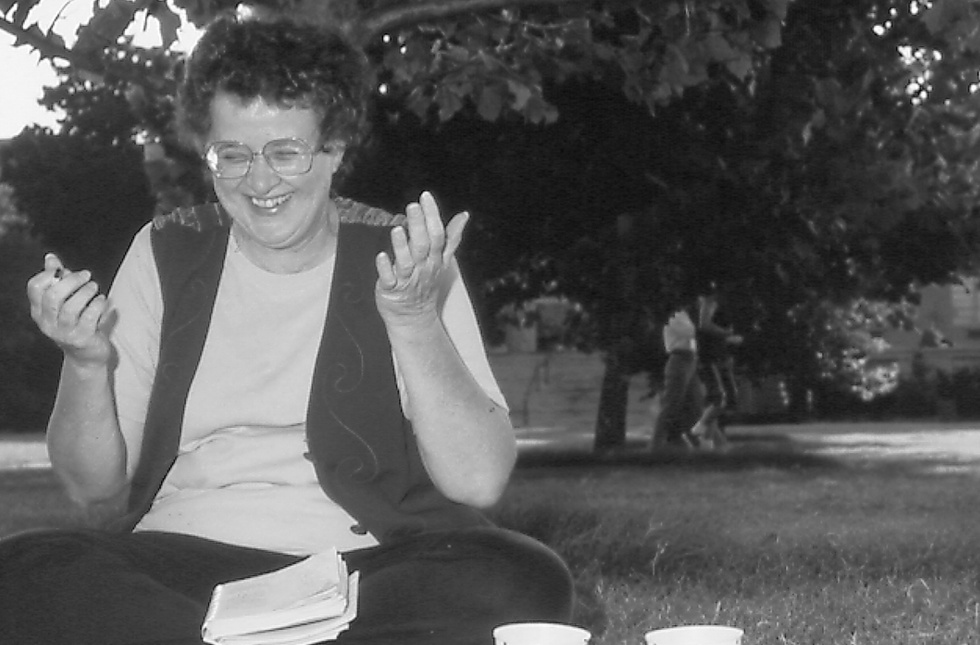 Dr. Sarah Webb, professor emerita in English, will present excerpts from her new book of poetry in an upcoming reading scheduled to begin at 7 p.m. on April 1 in Room 124 of Davis Hall at the University of Science and Arts of Oklahoma.

The book, titled Black, is Webb’s first full collection of poetry but her essays and poems have been published in a wide array of publications including the Apalachee Quarterly, Zen Gong, The Enigmatist and Westview among others.

The Oklahoma Center for the Book recently announced that Black was a finalist for the 2014 Oklahoma Book Award in the category of poetry.

Webb said that the book’s poems deal with the core issues of religious and mythological traditions from around the world.

“The poems call on the traditions of Greece, Japan, China, England, Australia, Africa, the Celts, American settlers, tribes from the Plains, the Northwest, and the Southwest, as well as ancients living before times in memory,” Webb said. “My aim in all of it was to find the root beneath the hints and stories. What is it that we all share, that we sense beneath the surface?”

USAO’s chapter of Sigma Tau Delta, an international honor society for students of English at four-year colleges and universities, is hosting the event.

The club’s sponsor, Dr. Brenda Brown, professor of English, sees these readings as important for students who have creative aspirations of their own.

“Every English major dreams of someday writing and publishing poems, novels or plays,” Brown said. “It is important that our students have a chance to interact with someone who has been writing with perseverance and dedication for most of her life so that they can model that behavior for success.”

Copies of Black will be available for purchase at the event and Webb will be on hand to sign copies and answer questions about her work.

Webb joined the faculty in 1988 after a career teaching in secondary education in public schools. She retired in 2003 but periodically teaches special seminar classes in creative writing at the university.

Webb was an active contributor and editor of poetry and fiction for Crosstimbers, an multicultural, interdisciplinary journal published by the USAO Foundation from 2001 through 2012.

More information about the event can be obtained by calling 574-1207.