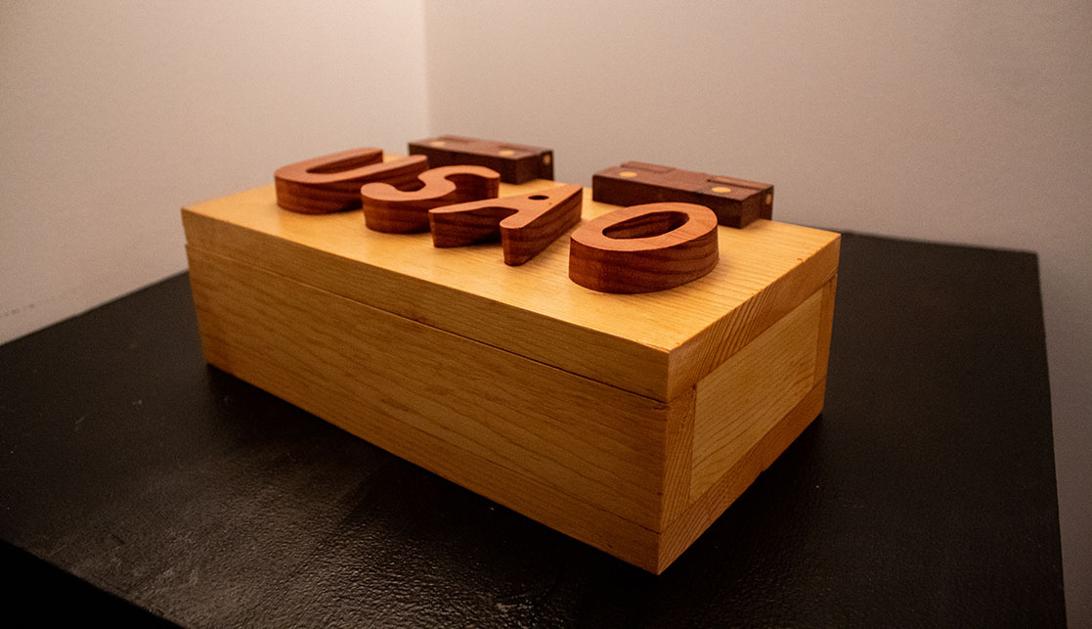 “Fancy Firewood” will be on display May 12-14 only

Dr. Mike Mather, emeritus professor of biology at the University of Science & Arts of Oklahoma, will display another side of his talent during the “Fancy Firewood” show and sale in the institution’s Nesbitt Gallery May 12-14 from 9 a.m. to 6 p.m.

The exhibit will feature over 60 pieces of fine woodworking that represent a lifelong interest in the artform for Mather, whose mother, aunt and cousin were all artists. Each piece will have a set price and buyers can take their purchase with them as they leave. Half of the proceeds will go to the Mather Scholarship Fund, which focuses on student retention, with the other half supporting public art in the community.

Mather joined the faculty at Science & Arts in 1976 and remained a beloved figure on campus until he retired in 2010. Though he had previously dabbled in ink and watercolors, he found his real passion in working with wood. Over the years, he gathered wood, acquired tools and built a workshop in his backyard, practicing it as a hobby during his free time.

After retirement, Mather said he “finally had time to pursue the lure of the wood.” He does not buy any of his materials, but scrounges old boards or fallen trees of a variety of species. When an idea pops into his head, Mather heads to his workshop and starts tinkering. He calls his creations “fancy firewood.”

For more information, contact Layne Thrift, associate professor of art and gallery director, at (405) 574-1374 or lthrift@usao.edu.