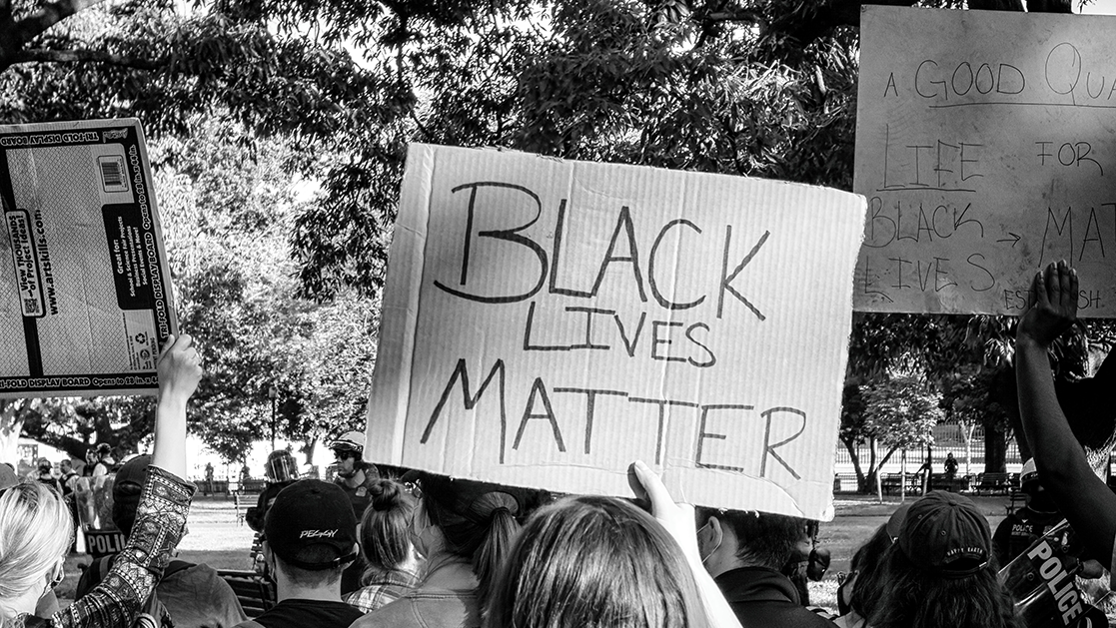 Dr. Tonnia Anderson has wasted no time building bridges across cultural divides in wake of protests

In light of the ongoing protests against police brutality after the death of George Floyd, the University of Science and Arts of Oklahoma’s Dr. Ada Lois Sipuel Fisher Center for Social Justice and Racial Healing has redoubled its efforts to bridge the divides that have been laid bare in recent months.

Upon seeing yet another video of an African American dying in the hands of police, Dr. Tonnia Anderson, associate professor of history and director of the Fisher Center, said she was “horrified, disgusted, enraged and numb—but not surprised.”

Despite concerns about large gatherings due to the ongoing COVID-19 pandemic, hundreds of thousands of people in the United States and across the world have gathered to protest Floyd’s murder and initiate a broader conversation on state violence, ethnic discrimination and social justice.

Anderson believes that the protesters braved the danger “because they could hear George Floyd’s desperate pleas and witness the life leave his body as officer Chauvin seemed not just indifferent but satisfied with Floyd’s silence. It was just too much.”

“The brutality Floyd suffered is nothing new for communities of color. But the footage of Floyd’s murder is more than an example of police brutality. It reveals what happens when democratic institutions fail. Systemic structures of oppression cannot coexist within a free society forever. One erodes the other until liberty and justice are extinguished for all except for the wealthiest of elites,” she said.

Connecting the video of Floyd’s death with dozens of other violent and nonviolent racially-charged incidents that have gone viral in recent years, Anderson notes that “as we enter the second decade of the 21st century, it seems as if the political rhetoric that has ennobled white supremacists has sent the United States spiraling backwards to a time when lynching was a perfectly acceptable tool of social control to keep black people and their allies in their ‘place.’”

“So what is worse: the risk of death by COVID-19 or death (whether literal or symbolic) by a system of brutality that declares an open-season on those who dare to step outside of their so-called ‘place’?” she said. “The average person does not have the power to fund research for vaccines or provide citizens with personal protective equipment (PPE), but the average person does have the power to protest against injustice, even at the high cost of personal safety.”

Launched in February of 2019 with a gala that featured Anita Hill as keynote speaker, the Fisher Center educates and inspires individuals dedicated to the pursuit of social justice and advancing the common good. Students research the fundamental issues and complexities of what constitutes community through the lens of their own academic majors and work with community mentors to develop service-learning projects that employ their education as a mechanism of transformation.

Inspired by the life and legacy of civil rights activist Dr. Ada Lois Sipuel Fisher, the Center aims to construct meaningful and reciprocal relationships that address systemic problems inhibiting social justice and to give Oklahoma’s youth the tools and guidance needed to demonstrate that their lives matter and that they can make positive social change for themselves and their communities.

While tackling societal problems can easily seem overwhelming for the individual, Anderson believes that there are simple, concrete steps that people can take to initiate a constructive conversation about race with themselves, their friends, families and peers.

“First of all, people have to acknowledge the realities of racial trauma that people of color experience on a daily basis,” said Anderson. “It is like PTSD but somewhat different because the history of race relations created social systems of oppression and trauma that have had intergenerational effects that continue to leave their imprints on people.”

Additionally, white Americans must take an in-depth look at this nation’s history and make an honest effort to understand how centuries of white supremacy has had “intergenerational effects in which the idea became not just normalized socially and institutionally, but it exists presently as an intrinsic feature of American culture,” and that “one does not have to be a member of the Ku Klux Klan to hold and to perpetuate demeaning racialized thinking and/or actions in everyday exchanges with people of color.”

After establishing a firm grounding in the history of racial issues in the United States, Anderson urges people of every race to look inward and make honest, if often painful, assessments about their beliefs.

“Minorities in general, and African Americans in particular, should think about the ways they have internalized racist attitudes. How does racial trauma affect them and how do they deal with it?” she said. “Conversely, white people should also make personal assessments about the extent to which they not only benefit from white entitlements (if only symbolically), but also perpetuate these entitlements in everyday life. It is not enough to make a gesture here and there that suggests a commitment to justice when it is vogue to do so.”

Though federal laws may prohibit explicit discrimination, they cannot change the long history of white supremacist ideology in this country, which can lead to uncomfortable conversations when people—of any stripe politically—honestly assess how whiteness shapes their identity, how de facto segregation is still normalized and rationalized, how paternalism shapes race relations, and even how this discomfort leads people to “color-blind racism,” the response that “I don’t see race.”

“The process of uncovering personal biases is an individual journey that begins with authentic reflections of what we learn in the home, at school, at work, within our communities and from the media,” said Anderson. “Racism is not a simple behavior or action. It is a way of thinking and of perceiving our relationship with others. It is part of an individual’s value system and it is a part of American culture. Such perceptions and values, then, govern how we act or don’t act.”

Given the complexities inherent to building bridges across deeply ingrained racial lines and the exhausting nature of such work, partnerships at every level are absolutely essential to properly dealing with the realities and consequences of racism. In addition to the Fisher Center, Anderson mentions the Oklahoma chapter of Black Lives Matter, Respect Diversity Foundation, NAACP, Thick Descriptions and the Institute for the Healing of Memories as a few of the organizations people can look to for solidarity.

“Get with like-minded people or partner with existing organizations that do social justice work,” said Anderson. “Develop initiatives, raise awareness, volunteer or financially support groups that do these things. Commitment has to be sustained; it cannot be like a light switch that is turned on and off.”

Last October, the Center hosted Father Michael Lapsley, a South African Anglican priest, noted anti-apartheid activist and founder of the Institute for Healing of Memories, to discuss ways individuals can begin their journey of healing despite sustaining great trauma. In addition to a public address at Fairview Missionary Baptist Church in Oklahoma City, Father Lapsley held one of his renowned workshops with a group of USAO students and community members.

Lapsley’s workshops encourage both victims and victimizers to share their stories in an atmosphere of confidentiality and respect as a first step toward healing and wholeness. The Fisher Center is currently in discussions with the Institute to offer virtual workshops to address the racial divides that still exist in Oklahoma and the wider nation.

“Another initiative is to collect personal stories and photographs that highlight people’s perspectives on race, regardless of what that perspective is,” said Anderson. “The intent is to put together an exhibition that allows visitors to experience tiny slices of other people’s lives—to hear their stories in a non-confrontational way—and to put themselves in the other person’s shoes. The ultimate goal is to develop empathy and understanding.”

In early 2020, the Center received a transformational $200,000 gift from Edmond-based dentist Dr. Krista M. Jones and her husband Rev. Dr. Craig B. Stinson in memory of Jones’ father, Judge Charles Redman Jones, who oversaw the Oklahoma City Public Schools’ busing plan that played a vital role in breaking down the structures of segregation within the school system.

On June 5, USAO students Dominique Brown and Gabriella Burke organized a demonstration on the USAO campus to protest the murder of George Floyd and the culture of police brutality in America. Here are some highlights from this powerful event.