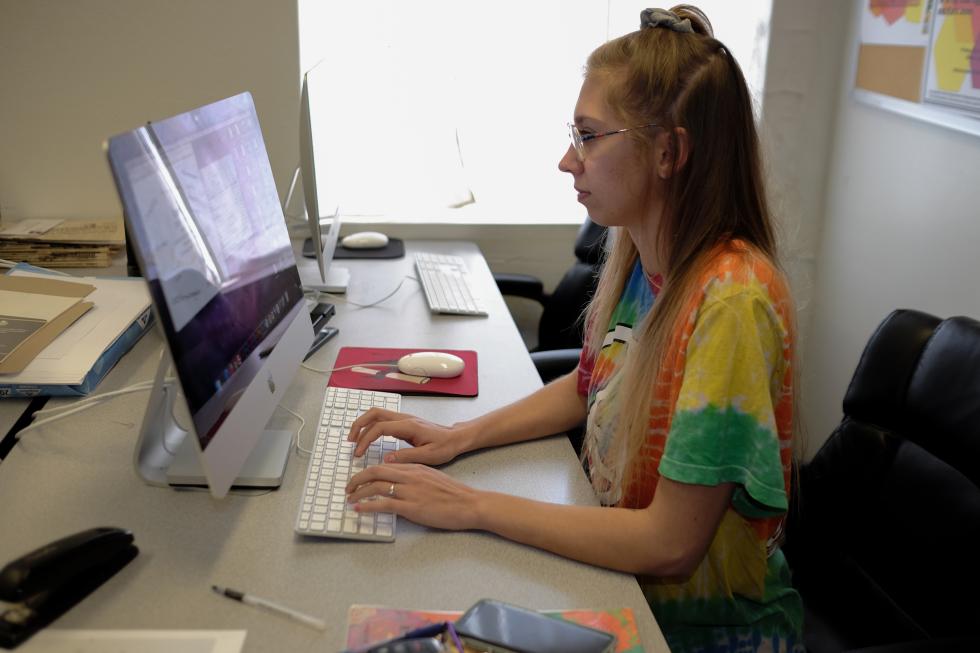 Five students from the University of Science and Arts of Oklahoma took home eight awards for journalistic excellence at the annual Oklahoma College Media Association spring conference in April. The conference was held at Oklahoma State University and recognized student work published during 2017.

Finney also won both first and second place in sports reporting for stories on the USAO men’s basketball team facing the top seed in the opening round of the National Association of Intercollegiate Athletics national tournament, and the women’s basketball team’s strong start in the 2017-18 season.

Karis Jones of Yukon, who graduated in December with a Bachelor of Fine Arts, took first place in review writing for her review of Martin Scorcese’s 2017 film, Silence.

Ellsbury received an honorable mention in review writing for her piece on singer Ed Sheeran’s “Divide.”

Mikaela Spaulding of Norman, who graduated with a Bachelor of Arts in communication in December 2017, took second place in editorial writing for a piece titled “The Importance of Balancing Academics and Extracurriculars” and in feature writing for her story “Support Animals Need Support Too.”

“Three firsts, three seconds, a third and an honorable mention are not a bad showing at all,” said Dr. J. C. Casey, professor of communication and faculty advisor to the Trend Online, USAO’s student-produced newspaper. “I’m very proud of the three communication majors who won, but I love the fact that two of our first-place winners were from other fields. Taking the top three spots in column writing is really special. A column, more than other categories, challenges the writer to find not only a topic but a voice that connects with readers in a personal way.”

USAO students make all the decisions about what is published in the Trend Online. The senior staff come up with story ideas and assign them to various writers. The Trend Online is open to students from all majors and the staff are always interested in new voices.

Interested writers may send a writing samples to trend@usao.edu or drop it off in Casey's office, Davis Hall 115.