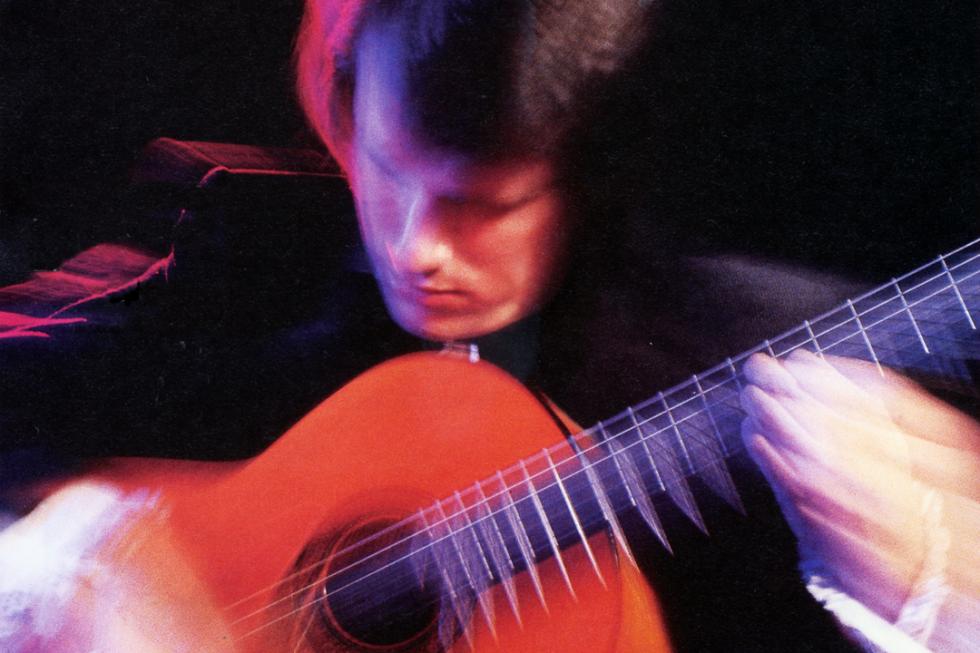 Flamenco guitarist Ronald Radford takes listeners on a gypsy joyride through the mysterious hillsides of Spain Nov. 6 at USAO. As part of the Davis-Waldorf Performing Arts Series, the world-traveling virtuoso will share his guitar mastery with a crowd in the Te Ata Auditorium at 7:30 p.m. Tickets are on sale through the USAO Business Office at (405) 574-1213.

CHICKASHA – Although flamenco guitarist Ronald Radford has traveled the world over, he is returning to his Oklahoma roots Nov. 6 to perform at the University of Science and Arts as the third installment in the annual Davis-Waldorf Performing Arts Series (DWPAS).

A protégé of the legendary Carlos Montoya, Radford lived and traveled in Spain, where he immersed himself in the music of the gypsy guitar masters. Today, he tours the globe, weaving a musical tapestry recognized the world over as the heartbeat of Spain.

Radford, a Tulsa native, has logged more than 1,000 performances in Oklahoma communities. His November concert is part of an Oklahoma Centennial event as Radford tours state universities, schools and performing arts centers.

The DWPAS concert begins at 7:30 p.m. in the Te Ata Memorial Auditorium.

Ironically, his performance marks a 22-year reunion with Chickasha. In October, 1985, Radford performed for Chickasha Pro Musica Friends with Louise Waldorf, a music instructor for nearly 40 years at the Oklahoma College for Women after whom the Davis-Waldorf Performing Arts Series is named.

Tickets for the show are on sale now in the USAO Business Office or by phone at (405) 574-1213. Tickets are $10, with discounts available for seniors 60 and above, students and children under 18 and USAO faculty, staff and students. Tickets are $1 for Chickasha public school students of all ages.

A special 10 a.m. performance the same day is open to local students in the Te Ata Memorial Auditorium. Tickets are free for Chickasha public school students of all ages and are $1 for all other students.

Though his music takes listeners on a gypsy joyride through the mysterious hillsides of Spain, Radford said his centennial concerts and informal workshops are a celebration of Oklahoma values. In addition to his stirring music, he tells the story of his rise from humble beginnings in Tulsa. He followed his dream and became a true Oklahoma success story.

“The success and happiness I've achieved in my life is the direct result of the core values of hard work, respect and responsibility I learned as a child growing up in Oklahoma,” Radford said.

“Wherever I travel, I continue to identify myself as an ‘Okie’ and I still wear the gold ‘Okie’ pin Governor Boren gave me to prove it,” he said.

Radford grew up in Tulsa where, at the age of eight, he played his ukulele and sang on local television. He attended the Tulsa public schools and graduated from Will Rogers High School in 1962. That year, Radford was discovered backstage by legendary flamenco guitarist Carlos Montoya, who invited Radford to become his protégé in New York City.  Two years later, Radford's performance at Carnegie Hall launched his concert career which has now spanned 15 countries on four continents.

Radford served in the U.S. Army at Fort Sill in Lawton and later in Vietnam, where he took his guitar into hospitals, schools and orphanages. He was a Fulbright Scholar to Spain, representing the state of Oklahoma during a performance at the U.S. bicentennial ceremonies at the Kennedy Center. He toured with the Oklahoma Arts Council and Mid-America Arts Alliance.

His performances promoted Oklahoma at the Governors Mansion, the Oklahoma State Legislature and the Mid-Western Governors Conference. He has been a musical ambassador to Mexico and other Latin American countries as well, where he is known as the “gringo flamenco virtuoso from Oklahoma.”

Known internationally as the American Master of the Flamenco Guitar, Radford now resides in St. Louis, Mo., where he continues his career as one of the most successful ambassadors of flamenco music in the world.

More information about Radford is available online at www.RonaldRadford.com.

The Davis-Waldorf Performing Arts Series is celebrating its seventh season, thanks to the support of the USAO Foundation and KOOL 105.5 radio with generous underwriting by the Oklahoma Arts Council, Mid-America Arts Alliance, National Endowment for the Arts and the Kirkpatrick Family Fund and foundations, corporations and individuals throughout Arkansas, Kansas, Missouri, Nebraska, Oklahoma and Texas.