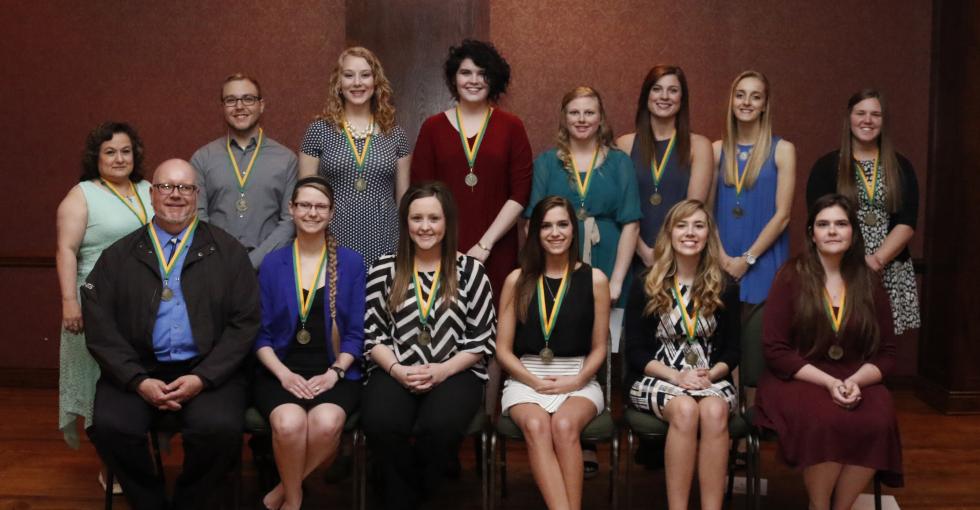 Students honored with membership to Hypatia

The University of Science and Arts of Oklahoma recently honored 14 students for their academic achievements and service as they were inducted into Hypatia, USAO’s only campuswide honor society.

“We are proud to recognize these students by inducting them into this elite honor society,” said USAO President John Feaver. “Hypatia has a long history at USAO of distinguishing the best and brightest students. These inductees will join an exclusive class of undergraduates, carrying on a tradition of excellence."

The students were inducted during an awards luncheon attended by faculty, staff and family members on March 31. One of the features of the annual initiation luncheon is the signing of the Hypatia member book, a book that contains the signatures of every member of the elite honor society since its inception more than 90 years ago.

A faculty committee selects students for Hypatia. It is not possible for any student to apply for membership in the honor society. Every student inducted into Hypatia is a multiple trimester member of the USAO Honor Roll and/or the Regents’ Honor Roll.

Among those who accepted membership and were initiated  were: