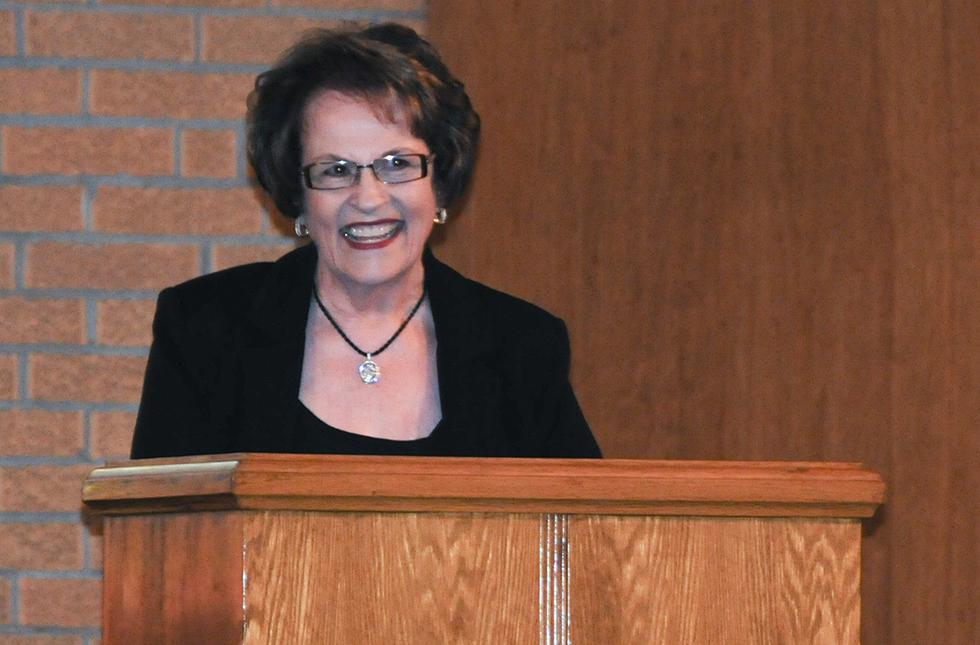 Mo Anderson, USAO regent and OCW alumna, and vice chairman of the board of Keller-Williams Real Estate, is the general chair of the Ready, Set, NOW! Campaign, the first comprehensive fundraising campaign for the University of Science and Arts of Oklahoma. The two-year campaign, now in its second year, will fund five significant projects with an overall goal of $4.85 million.

The first comprehensive fundraising campaign at the University of Science and Arts of Oklahoma enters its second year with a series of face-to-face meetings with alumni and friends.

The campaign, known as Ready, Set, NOW, began its public phase in November 2013, after a year of conducting internal campaigns with faculty, staff, and members of the Regents, USAO Foundation and Alumni Association boards.

The alumni campaign phase will include informational meetings and one-on-one visits in multiple cities in Oklahoma, as well as across the United States. These meetings are starting now and will span across the rest of the campaign, which is scheduled to conclude November 2014.

Dr. Michael Nealeigh, vice president for University Advancement, sees the success of the second phase of the campaign built upon the strengths of its first year.

“The two-year campaign began with a quiet phase during which strong leadership and major gifts from key supporters were secured,” Nealeigh said. “The second year of the campaign is focused on informing and enlisting support from alumni, local and statewide friends, and foundations and corporations.”

The Ready, Set, NOW Campaign will fund five significant projects with an overall goal of $4.85 million, which was approved by the USAO Board of Regents in November 2012.

The projects include a five-year scholarship plan for current students; endowed scholarships to ensure aid for future students; renovations and lab upgrades for the Austin science hall; renovations to Nash Library that will include the addition of a 24/7 computer lab, a fully-furnished commuter lounge, expansion of the university archives among other improvements; and the development and implementation of a comprehensive grounds master plan that will expand the University’s long history and reputation as a park-like campus, including the recent installation of a bronze statue of OCW icon Te Ata Fisher.

The campaign is broken down into five divisions, each with its own leadership and goals. The general campaign chair is Mo Anderson, USAO regent and OCW alumna, and vice chairman of the board of Keller-Williams Real Estate.

The five divisions are faculty/staff, boards, alumni, local/statewide friends, and foundations and corporations.

The faculty/staff campaign, led by Dr. Aleisha Karjala, associate professor of political science, and Nancy Hughes, dean of students, reached 103% of its goal with a 94% participation rate.

The boards campaign led by Ann Marie Harrison and Tom Cordell will conclude in the next few months, Nealeigh said.

Another business notable, David McLaughlin, USAO regent and co-founder and retired president of Advance/Pierre Foods, is lending his reputation and expertise to fundraising efforts among foundations and corporations.

The projects funded by the campaign were determined through a process that merged strategic planning and market research. A feasibility study was conducted by Cargill Associates, a national fundraising firm located in Fort Worth, Tex., to discover the level of interest in projects identified by the USAO administration as needing immediate attention.