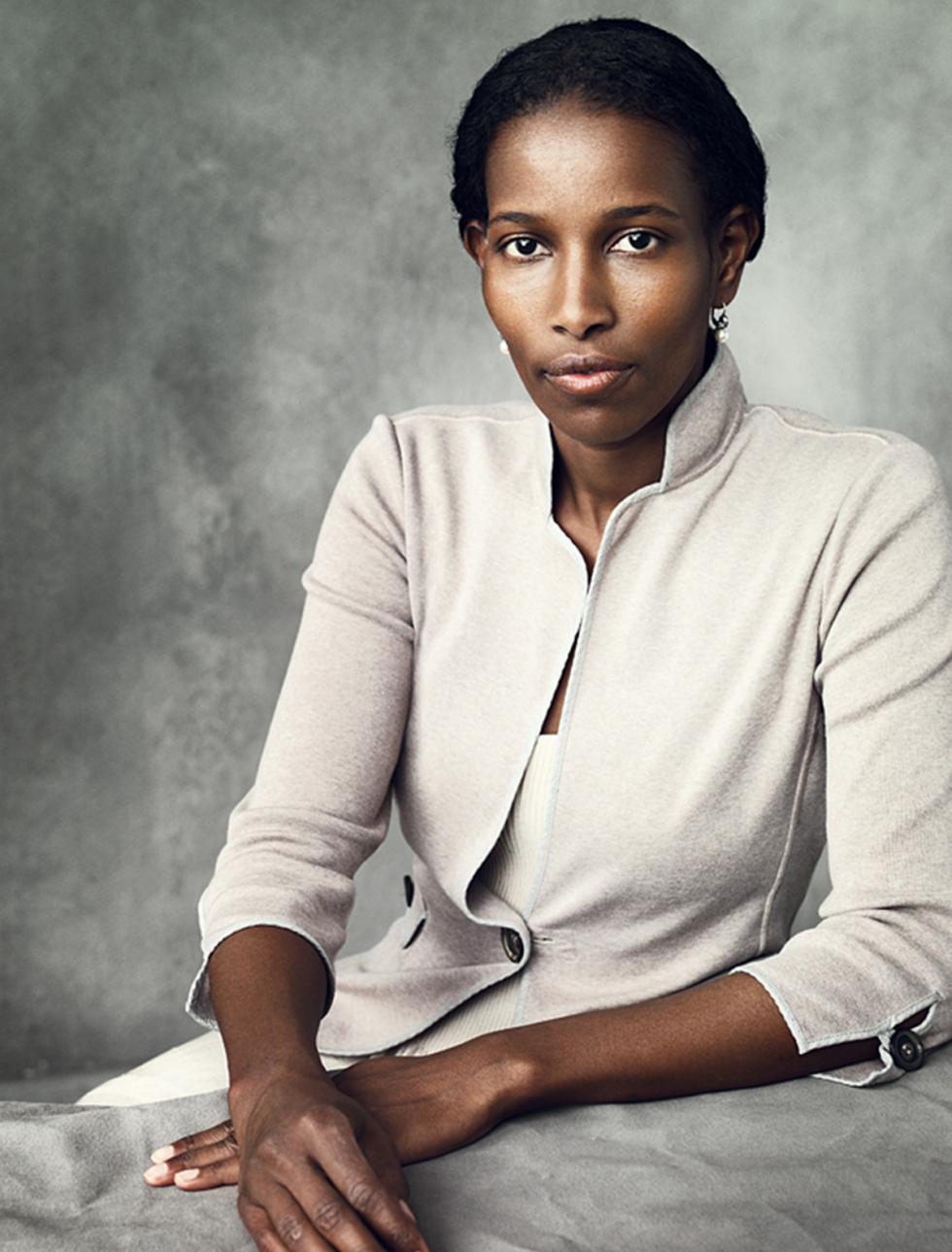 Ayaan Hirsi Ali will deliver the keynote address at 7:30 p.m. Oct. 27 at the fourth annual Ray and Mary Giles Symposium on Citizenship and Public Service at the University of Science and Arts in Chickasha. Earlier that afternoon, Hirsi Ali will join four speakers on a panel titled, “Islam and the Middle East in Perspective.” The panel is scheduled for 2 p.m. in Davis Hall Amphitheater is open to all. Admission for both events is free.

From the moment that Ayaan Hirsi Ali fled to the Netherlands to seek political asylum in 1992, she has been a lightning rod for controversy and a conduit for conversation about Islam in the modern world.

Hirsi Ali will deliver the keynote address at 7:30 p.m. Oct. 27 at the fourth annual Ray and Mary Giles Symposium on Citizenship and Public Service at the University of Science and Arts in Chickasha.

Earlier that afternoon, Hirsi Ali will join four speakers in a panel titled, “Islam and the Middle East in Perspective.” Each of the four presenters will bring his or her own specialty to bear on the complex questions that surround the integration of Islam with contemporary Western values.

The moderator for the panel discussion is Rob Vollmar, writer for the USAO News Bureau. The 2 p.m. event in Davis Hall Amphitheater is open to all. Admission is free.

Hirsi Ali’s public lecture is scheduled for 7:30 p.m. in Te Ata Memorial Auditorium. Admission is free thanks to generous support from the USAO Foundation through the Ray and Mary Giles Fund.

The daughter of a Somali opposition figure who had spent her childhood living in exile, Hirsi Ali was expected by her family to marry a distant cousin who lived in Canada. She fled, instead, to the Netherlands where she was granted political asylum. In time, she began working as a translator at a refugee center in Rotterdam.

The cumulative effect of the stories she heard working with women along with her new access to a wide range of books began to challenge her faith. This journey continued as she entered the Dutch higher education system, eventually earning a post-graduate degree in political science in 2000.

The events of Sept. 11, 2001, had a tectonic effect on her beliefs as she was unable to reconcile her lingering belief that Islam could be a vehicle for peace with the violence of the attacks. In 2002, she renounced Islam and became an atheist.

As she emerged in the Netherlands as an outspoken opponent of Islamic culture, she became a prominent voice in the conversations on Islamic immigration and assimilation to the West.  At the same time, she became the target of numerous death threats.

These calls for violence against her reached a climax in 2004 when she collaborated with Dutch filmmaker Theo van Gogh on Submission, a film composed of monologues written by Hirsi Ali that exposed the plight of women under Islam. In November of 2002, van Gogh was murdered in public and a letter addressed to Hirsi Ali was left pinned to his body calling for jihad against the West and, more specifically, for Hirsi Ali’s death.

Having been elected to the Dutch parliament in 2003, Hirsi Ali spent the next several years in hiding and enmeshed in controversy regarding her citizenship. In 2006, after her citizenship had been revoked and then reinstated, Hirsi Ali moved to the United States and began working with the American Enterprise Institute.

Ali’s autobiography, Infidel, was published in 2007 followed by 2010’s Nomad: From Islam to America – A Personal Journey Through the Clash of Civilizations.

Today, Hirsi Ali is a widely recognized international speaker who continues to advocate on behalf of women’s rights and an outspoken proponent of the idea that spread of Islam poses an existential danger to Western liberal values. Though the threats against her life persist, she continues to defend the rights of Muslim girls and women through the AHA Foundation, of which she is the founder and president, as well as her public presentations.

Dr. Chris Walker, Giles symposium committee chairman, said “Ayaan Hirsi Ali provides her American and European audiences with a cautionary tale of what could be, but, more importantly, offers access to education and equal protection under the law as meaningful and realistic safeguards to liberty and freedom for all peoples.”

More information about the Giles Symposium on Citizenship and Public Service is available at usao.edu/giles-symposium.