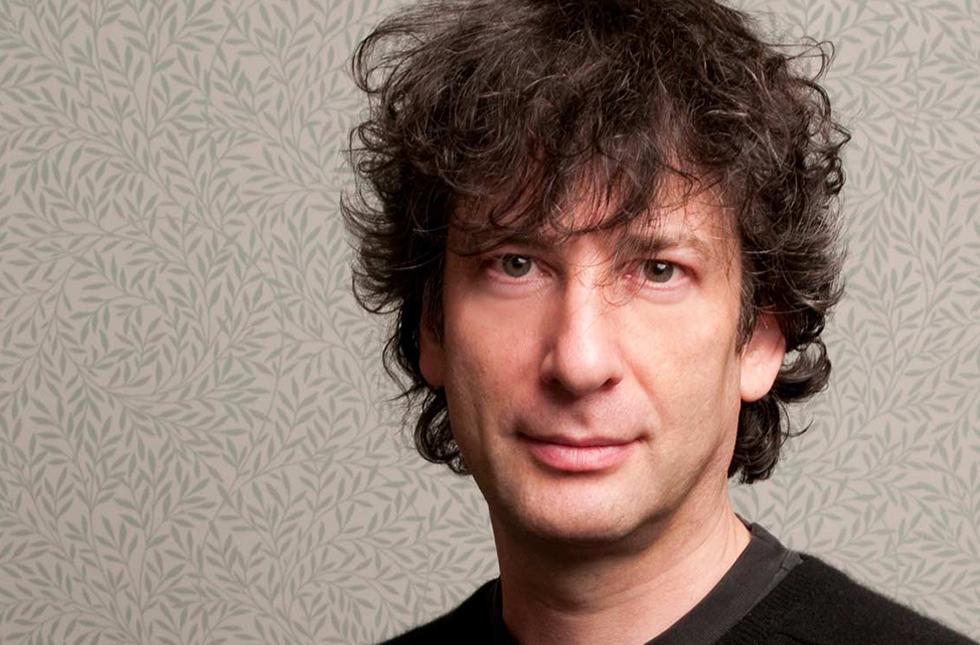 Neil Gaiman will deliver the 2015 Emerson-Wier Symposium keynote address starting at 7:30 p.m. on March 9 in the Te Ata Memorial Auditorium at the University of Science and Arts of Oklahoma. Gaiman, a pioneering graphic writer and novelist, will speak on, “Myths about Myths: Sandman and After.”

Accomplished author and new media sensation Neil Gaiman will make his first public appearance in Oklahoma as part of the annual liberal arts symposium at the University of Science and Arts of Oklahoma in Chickasha.

Gaiman is slated to deliver the keynote address for the ninth annual Emerson-Wier Liberal Arts Symposium beginning at 7:30 p.m. on March 9 in Te Ata Memorial Auditorium.

Gaiman’s address is titled, “Myths about Myths: Sandman and After.”

The event is free and open to the public, however due to limited seating, a ticket will be required for all attendees.

Tickets will be available for reserve beginning at 8 a.m. on Feb. 9 at link.usao.edu/gaimantickets. Registration is now closed.

Tickets will be issued in the order that requests are received. Ticket recipients will receive an e-mail confirmation and tickets will be mailed to them.

Each request will be limited to four tickets.

Ticket holders who have not arrived and redeemed his or her ticket by 7:15 p.m. that evening will not be guaranteed a seat. "Saving seats" will not be allowed.

Non-ticket holders will have the opportunity to fill in unclaimed seats beginning at 7:15 p.m.

Limited overflow seating in Davis Hall will be available for those unable to secure a seat in the main auditorium.

Beginning his career in England as a journalist, Neil Gaiman has become an accomplished writer and is credited as being one of the great innovators in modern comics, including his most celebrated work on the groundbreaking series Sandman.

Symposium committee member Meagan Rodgers, an associate professor of English at USAO who holds a doctorate in composition studies from the University of New Hampshire, said that Gaiman’s works find a unique balance between darkness and the light.

“Neil Gaiman offers us stories that are often both grim and heartwarming,” Rodgers said. “He invites us into worlds where things aren’t predictable or sunny, but we identify with main characters who persist nonetheless, and are somehow changed by their journeys.”

His two most notable works, Sandman and The Graveyard Book, have won several awards. Sandman, which collected a large number of U.S. awards, including nine Will Eisner Comic Industry Awards and three Harvey Awards, became the first comic ever to receive a literary award, the 1991 World Fantasy Award for Best Short Story.

The Graveyard Book, which was first published in the UK at the end of 2008, has won the UK’s Booktrust Prize for Teenage Fiction and the Newbery Medal, the highest honor given in US children’s literature, as well as the Locus Young Adult Award and the Hugo Award for Best Novel.

Another award-winning piece of Gaiman’s work in the young readers’ genre was the gothic horror classic Coraline. Originally considered too frightening for children, Coraline went on to win both British and American awards, including the British Science Fiction Award and the Bram Stoker award. An animated feature film based on Coraline, released in early 2009, won a BAFTA award for Best Animated Film and was nominated for an Oscar in the same category.

Neil Gaiman is also a New York Times bestselling author of several novels, including the Nebula Award-winning American Gods. American Gods has just been released in an expanded 10th anniversary edition and there is an HBO series in the works.

More information can be obtained by calling (405) 574-1318 or visiting the symposium webpage online by visiting this link.