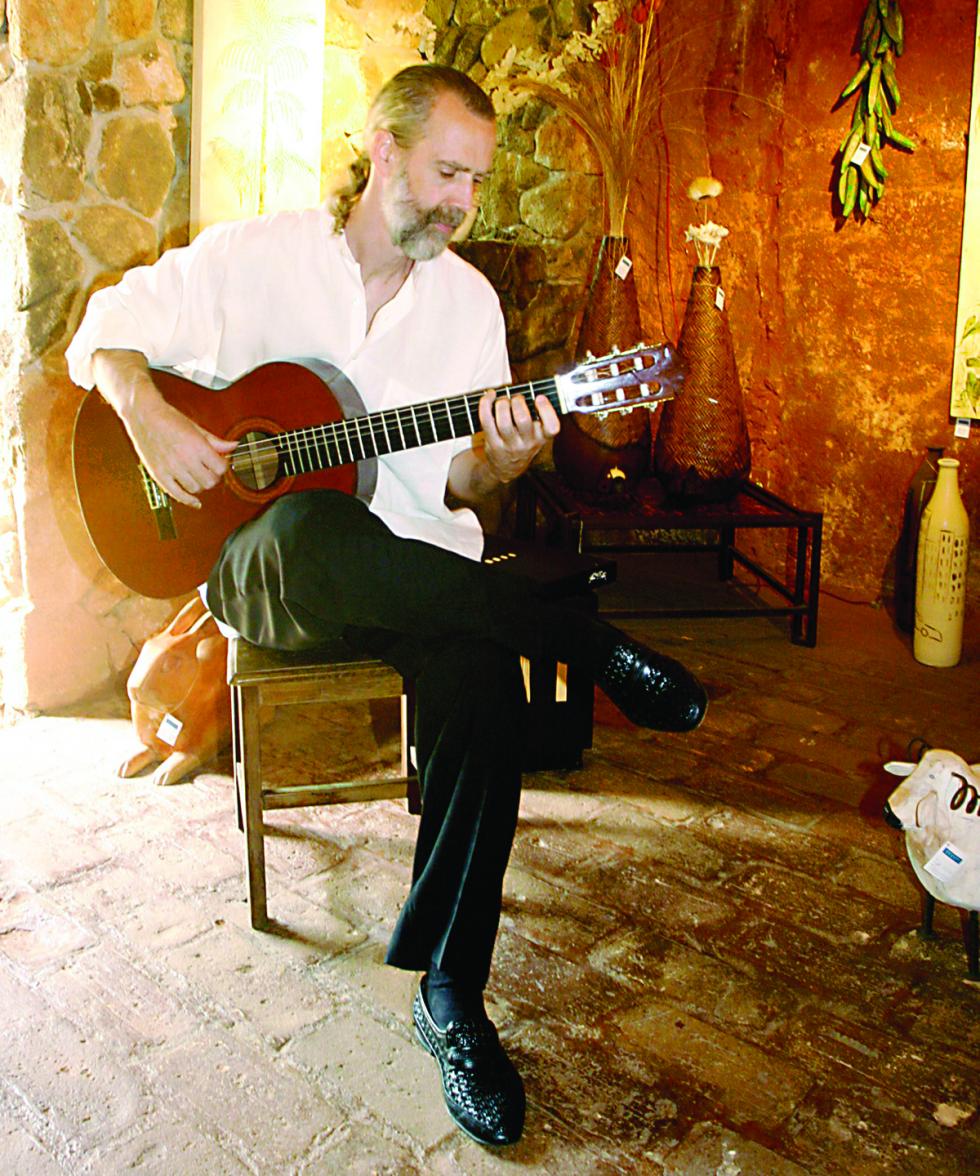 Guitarist David Burgess combines Latin sensibilities with classical guitar technique as he kicks off the Davis Waldorf Performing Arts Series at 7:30 p.m. on Sept. 19 in Te Ata Memorial Auditorium at the University of Science and Arts of Oklahoma. Burgess will host a master class for guitarists the following day that is open to the public.

Mixing Latin and classical styles, renowned guitarist David Burgess is scheduled to open the 11th season of the Davis-Waldorf Performing Arts Series (DWPAS) at 7:30 p.m. on Sept. 19 in Te Ata Memorial Auditorium at the University of Science and Arts of Oklahoma.

In addition to his performance, Burgess will offer a master class for guitar students beginning at 12 p.m. on Sept. 20 in Davis Hall 124. The master class will be free and open to the public.

Burgess is a gifted musician specializing in the classical and Latin American guitar styles. His international appearances as soloist and chamber musician have taken him to concert halls throughout North and South America, Europe and the Far East.

Dr. Ken Bohannon, associate professor of music and coordinator of the music department said, ”Burgess is unique in his approach of incorporating the Latin-American style into classical guitar technique. This, along with his diverse repertoire, makes him an engaging and memorable performer.”

Burgess has recorded several collections of music, including Gates of Spain (2003) and Silver Nuggets and Fool’s Gold (1999) and contributed to numerous samplers and orchestral recordings.

Andres Segovia, the acknowledged master of the classical guitar, described Burgess as “an artist of music with a magnificent technique.”

Season tickets for the DWPAS are available at a cost of $40 for the general public, $35 for seniors 60 and over, $35 for members of the USAO Alumni Association members, $12 for all students and children under 18, $20 USAO staff/faculty, $8 USAO students.