Hampton reception planned prior to USAO Hall of Fame ceremony 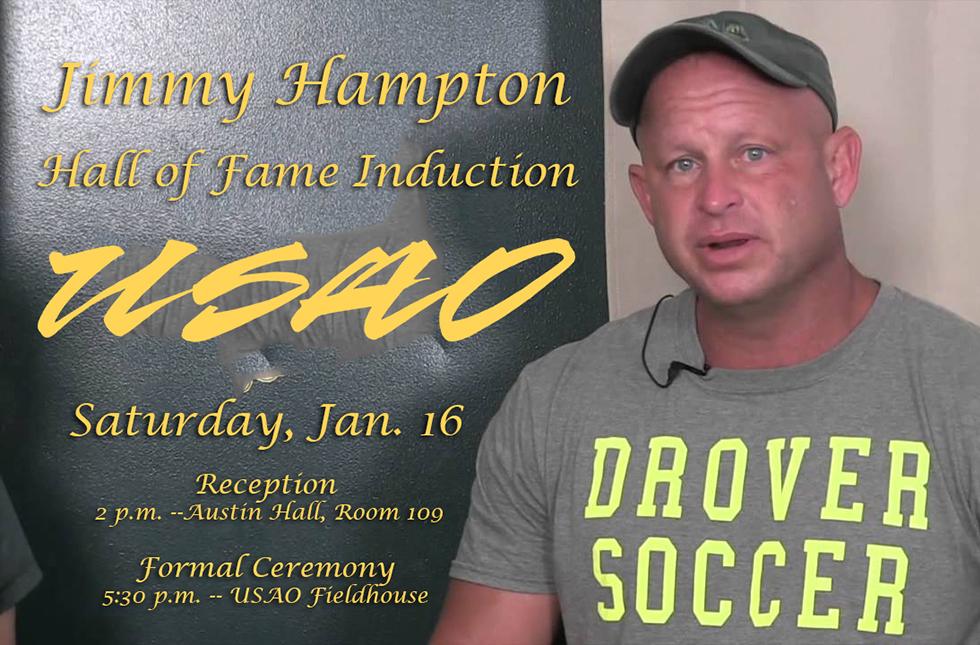 Hampton reception planned prior to USAO Hall of Fame ceremony

A reception to honor long-time University of Science and Arts of Oklahoma soccer coach Jimmy Hampton for his pending induction into Drovers’ Athletic Hall of Fame is planned for Saturday, Jan. 16 at 2 p.m. in Room 109 (Emerson Room) at Austin Hall.

Many of Hampton’s former players and coaches are among those expected to attend  along with several members of the University and Chickasha-area community.

The formal induction ceremony will take place later that afternoon at halftime of the men’s basketball game against Bacone College at approximately 5:30 p.m. in the USAO Fieldhouse.

Hampton has coached both the men’s and women’s soccer teams at USAO since its inception 1998, a span of 17 years. In that time he has won a total of 417 games and has been named coach of the year six times by the Sooner Athletic Conference.

As a player, Hampton was an all-state selection at Tulsa Union High School and played collegiately at Western Illinois University and Northeastern State University in Tahlequah. He was named team captain and earned all-conference honors as a senior. After graduation, Hampton played professionally for the Tulsa Roughnecks and the Oklahoma City Warriors.

Hampton and his wife, Kerri, have three children — Alexandria, Butch and Dax.