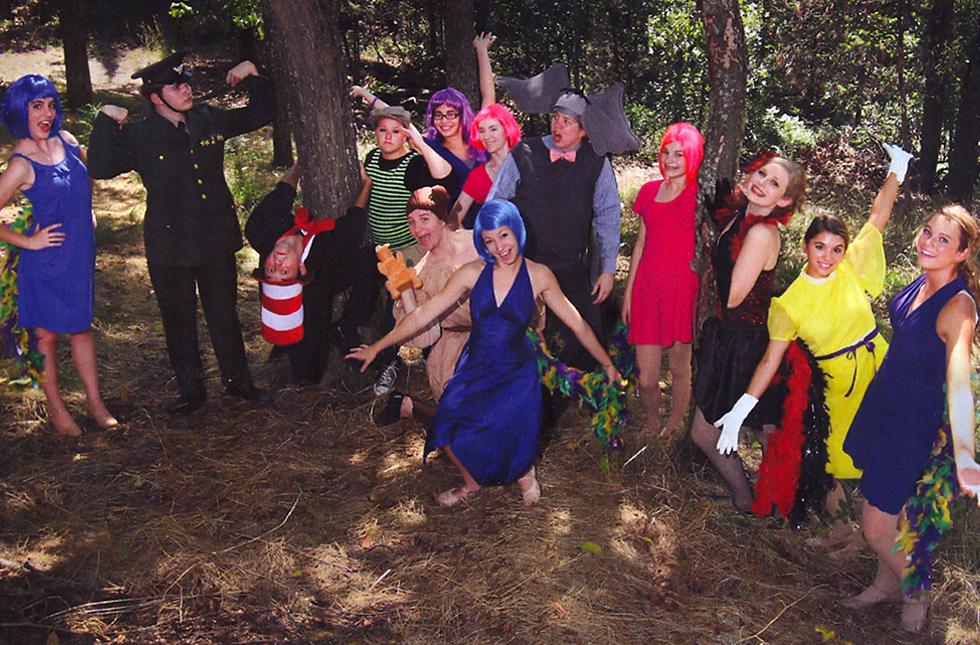 From the time Dr. Jan Hanson arrived at Inspiration Point Fine Arts Colony in Eureka Springs, Ark. in July, she had nine days to take a group of exceptional young singers and musicians and produce a musical.

Hanson, a professor of music at the University of Science and Arts of Oklahoma, gained the opportunity after serving as an adjudicator, or judge, at an Oklahoma Federation of Music Clubs festival held earlier in the year at USAO.

“Some of the teachers who were here started visiting in the hall about this particular camp, promoting scholarship opportunities for the students that were on campus that day,” Hanson said. “When I asked if they had a musical theatre program, they told me that they had just been informed two days prior that their musical director of 15 years wasn’t going to be able to make the camp… and that’s where we started negotiating the possibility of my participation.”

The program has been producing a musical as the culmination of its piano, string and vocal camp for more than 10 years. The parts are cast in advance and the musicians learn their music ahead of time so that the student can focus on blocking and choreography.

Hanson served as musical director for a performance of Seussical and was impressed with the level of professionalism she saw in the production.

“The students at Inspiration Point are quite accomplished,” Hanson said. “From the singers I worked with directly to the instrumentalists I saw performing, these musicians mastered their instruments at a very young age.”

“This allowed us to move well beyond working with them on a technical level and get right to making the music. That’s really nice.”

In addition to working on the musical, Hanson rehearsed with students in preparation for numerous vocal and chamber music recitals. She accompanied several singers on piano for opera aria and musical theatre soloists.

She also conducted student in performances at Inspiration Point as well as Thorncrown Chapel, an historic church located just outside of Eureka Springs.

The choirs performed music that will be used again for their fall auditions for the annual All-State music competitions. Hanson worked with students from all over the country as well as international students from as far afield as South Africa.

Hanson has already received an invitation from the colony to rejoin the faculty next summer and contribute to its opera camp as well.

Hanson earned her doctorate of musical arts in conducting from the University of North Texas School of Music in 1986 and joined the USAO faculty in 1987.

She serves as the conductor of the USAO Concert Choir and teaches courses in music history/literature, conducting and music methods.

She was named to Who’s Who in American Education, Who’s Who in the South and Southwest, Pi Kappa Lambda and Outstanding Young Women of America. Hanson currently serves on the advisory board of the Oklahoma Arts Institute.