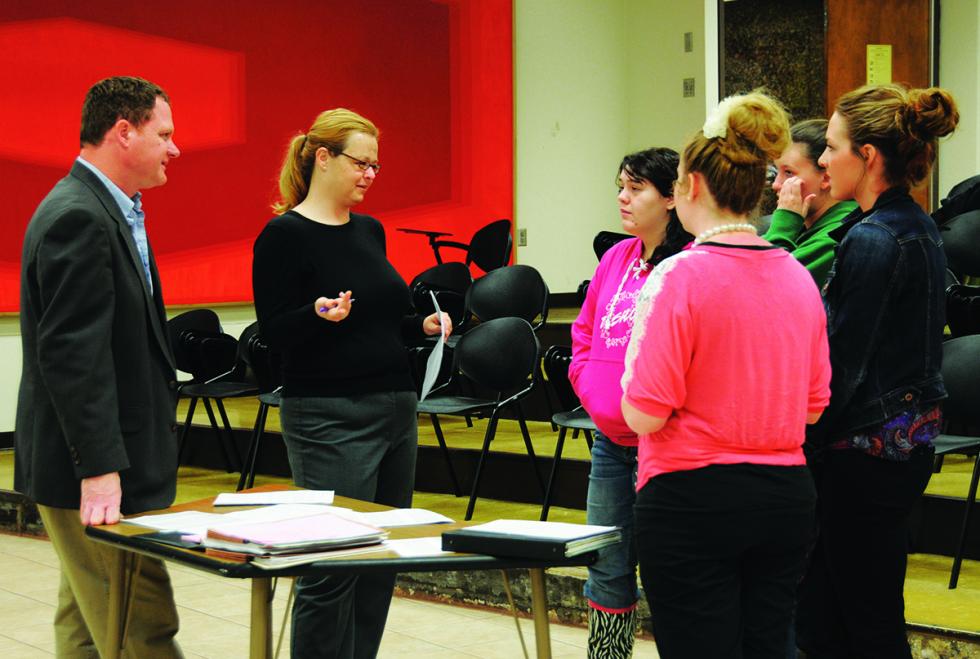 Dr. Aleisha Karjala (second from left) speaks with a group of students after class. Karjala, an associate professor of political science at USAO, will host a public forum on the Affordable Care Act beginning at 2:30 p.m. on July 18 in the Davis Hall Amphitheater at USAO.

With the recent Supreme Court decision upholding the Affordable Care Act, confusion reigns among supporters and opponents alike of the controversial measure. In hopes of balancing partisan rancor with fact, Dr. Aleisha Karjala will host a Health Care Reform forum beginning at 2:30 p.m. on July 18 in the Davis Hall Amphitheater on the campus of the University of Science and Arts of Oklahoma.

Karjala, an associate professor of political science, says the idea to hold a public forum was born out of conversations with her students in class.

“As I would talk to colleagues about the discussions I was having in class about the Affordable Care Act (ACA), it became evident that my peers were almost as confused about the law’s actual content and potential impact as my students,” says Karjala.

“All bills are hundreds, and in some cases, thousands of pages long. I like to pull them apart and figure out what is in there. It is my job but it’s also my passion.”

Her goals for the forum are threefold.

“In the course of the hour, we will lay out the main components of the Affordable Care Act, discuss the recent Supreme Court decision on the ACA and consider how it affects Oklahomans,” Karjala says.

“Someone suggested that we call it ‘Healthcare Reform for Dummies,’ but, given the complexity of the issues at hand, I don’t think it’s fair to call anyone a ‘dummy’ just because he or she may be confused.”

The forum will be filmed and rebroadcast on USAO Channel 18.

More information on the health care forum can be obtained by calling 574-1239.