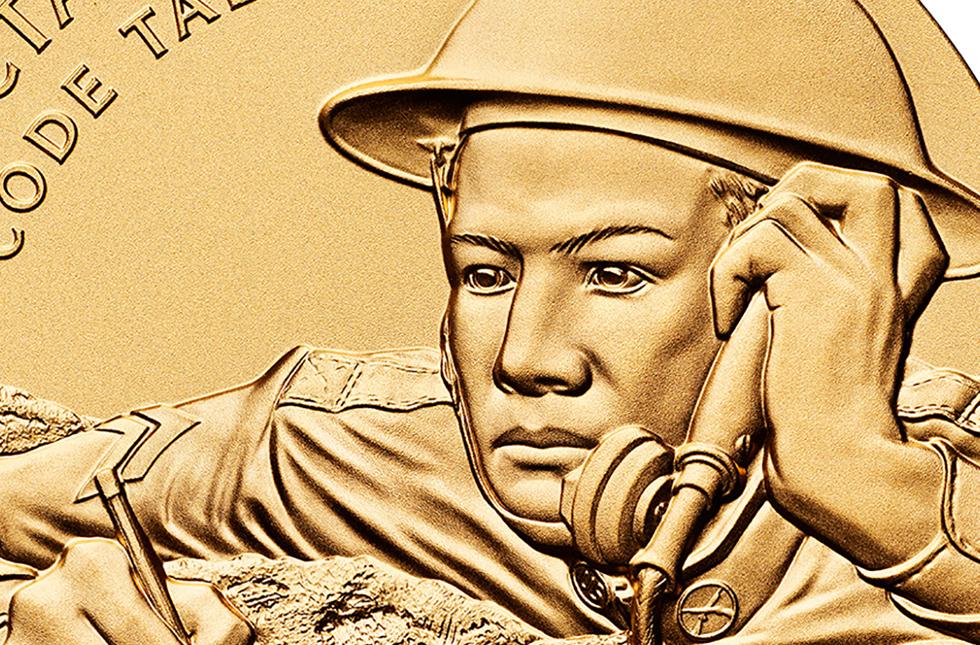 A professor at the University of Science and Arts of Oklahoma was part of a historic delegation that ended multiple generations of silence and brought recognition to the sacrifices and heroism of American Indians who served as code talkers in two world wars.

In November of this year, congressional leaders met with delegates from 34 American Indian nations at Emancipation Hall in Washington, D.C., to issue Congressional Gold Medals to each in honor of their contribution to American military history.

Met with presentations by House Speaker John Boehner, Senate Majority Leader Harry Reid and other dignitaries, the representatives accepted the medals on behalf of the code talkers.

While some are aware of the vital role that American Indians, particularly Navajos, played in World War II, Hester notes that the practice of using tribal languages to send secure messages actually began during World War I.

“During the first war, most used clunky field phones with wires that stretched from trench to trench,” Hester said. “So at night, someone would physically go out and actually tap the wire.”

“There was a National Guard unit that recruited extensively out of Oklahoma and Texas that had a lot of Choctaws in it and, after their code had been compromised enough times, someone figured out that there was little chance of the Germans being able to crack the Choctaw language in time to disrupt their plans.”

Though evidence continues to emerge of other tribal languages being used, Hester believes that Choctaws were the first code talkers.

The practice was so successful that the military required that it be kept secret. By the time that historians had worked it out, the original code talkers were dead.

“Reporters would arrive to talk with the family about it and no one in the home would know what they were talking about,” Hester said. “It is a part of our heritage, both because it happened and because of the secrecy, so we end up valuing even more. It was something that was so secret, we didn’t even get to take the pride in it until generations later.”

Hester, a member of the Choctaw nation, became involved with the effort to bring recognition to Choctaw code talkers about 12 years ago.

As a member of the Choctaw Code Talker Association (CCTA), Hester and others worked for more than a decade to bring recognition to the first, silent generation of code talker. In time, the collective efforts of organizations like CCTA had sprung up in more than 30 tribal nations, bringing the matter to the forefront.

In 2008, the Code Talkers National Recognition Act, sponsored by former Sen. Dan Boren (D-Okla.), was passed and signed into law. The law called for the issuance of Congressional Gold Medals to the 34 nations that had contributed to the code talking effort. In addition, silver medals were to be cast and issued to the families of code talkers.

Each gold medal was designed to reflect the historical contribution of the tribe as well as symbolism appropriate to that nation.

Hester felt that Reid’s speech captured the gravity of the moment.

“He laid out the irony of how American Indian people were called on in time of war to defend the nation that had taken their land and broken their treaties by using the languages that the same nation had tried to eradicate,” Hester noted. “They didn’t have to help, but they did and, in the end, it saved countless lives.”

Hester joined USAO’s faculty in 2000. He is the director of the American Indian studies program and the Meredith Indigenous Humanities Center at the university.

He earned his doctor of philosophy degree from the University of Oklahoma in 1999.

Located between the Five Civilized Tribes to the east and the Plains Indian Tribes of the west, the region around USAO is home to more than 40 federally-recognized Indian tribes. The university has long attracted a large number of American Indian college students and has a decades-long commitment to its American Indian studies degree program.